You're going on twinning and twinning, with Groningen again - you're never alone, sitting at your desk, are you? When do you do your amazing writing?

Posted by keith armstrong at 8:10 am

GRONINGEN DIARY
I'll be arriving with singer/songwriter Gary Miller in Groningen, Newcastle's twin city in the Netherlands, on Tuesday 27th September.
We have two sessions at Maartens College from 12.30 that day. The following day we appear at the Werkman College at lunchtime and in the evening we perform at the Cafe Mulder at 21.00 with Groningen poets Rense Sinkgraven and Ronald Ohlsen - and maybe some surprise guests.
A display of my Groningen poems will be staged in Groningen Library during my stay, featuring three new poetry posters about Groningen and my new book 'The Month of the Asparagus' which contains four of my Groningen poems.
So we keep it going!
Best wishes,
Dr Keith Armstrong

Posted by keith armstrong at 10:15 pm

a letter from Adrian Mitchell

As I've mentioned before, we are currently sorting through Adrian Mitchell's archive, where there are boxes and boxes of wonderful letters, notes, poems and plays. His wife, Celia, unearthed this letter today, and we wanted to share parts of it with you all. Today in particular, we feel it's extremely relevant.

This is part of a reply to a schoolgirl who had written to Adrian in the late 90s, telling him that the idea of war frightened her. 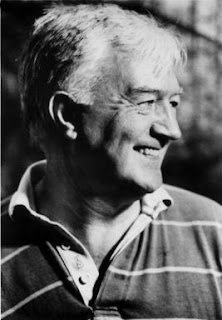 Thank you so much for writing and sending me your letter. It was a bit like reading a letter from myself fifty years ago (I'm now a cheerful old grandfather of 65, still campaigning for peace, in fact my wife and I are going to a meeting about Iraq tonight at the House of Commons.) Yes.

You've got a great imagination, which is a burden and a blessing... Some people might say - turn your back on all the suffering in the world, for war and starvation and torture and oppression to go on. I think that's wrong...

...But you must be strong. It's not good thinking about the dark side of the planet obsessively or all the time. Your imagination should also delight in the beauty and warmth of the people and creatures around you, the joy and often absurdity of life.... It is important not just to have feelings about the horrors of today, but also to think and study hard to discover - what can be done to change all this? What can I do to change it?

I don't mean that you alone can abolish all the evil in the world magically. But maybe through your songs, or poems, you could change the lives of thousands of people you've never met. Or maybe you'll be a doctor and add to the healing part of the world's population, rather than the destructive side.

I was a child in World War Two. I was really too young to be afraid then, even when the bombs were falling, for I didn't believe that it would ever happen to me. But many times since I have been afraid, for myself and my family, for my country and for the whole world.

But fear isn't the answer. Courage and hard work is the nearest I can find to one...

...I share your fear sometimes that the whole world seems to be in flames. Well, we better learn to be good firefighters and save all the people we can.

Adrian
Posted by keith armstrong at 7:28 am

I am editing a book for North Tyneside Council to mark the 150th anniversary of the Hartley Pit Calamity of 1862.

I am looking for creative writing, artwork, photographs and historical documents on the theme and would be grateful if any contributions could be sent, by the end of September 2011, to Northern Voices Community Projects, 93 Woodburn Square, Whitley Bay, Tyne & Wear NE26 3JD.
Arrangements can also be made, if necessary, to collect material from contributors.

Posted by keith armstrong at 8:56 pm

Posted by keith armstrong at 1:19 pm


SplintersKeith Armstrong, Hill Salad Books, £9.99Keith Armstrong is a Geordie writer, steeped in local culture, whose pours seep with the grime lifted from the cobbles of Pudding Chare; whose blood is surely made up of the river Tyne and Brown Ale (when it was still brewed in the city, that is); and whose poems – fifty-three of them here – sing the praises of Newcastle’s “puddles and clarts”. This fine collection is chock full of ghosts and tributes to times and events past, as well as those who disappear under the radar (The Bird Woman of Whitley Bay). The author also checks out Garcia Lorca in Whitley Bay and implores William Blake to stand him another pint of Deuchars at The Bridge Hotel pub. His ire is reserved for the injustices of the world and those who seek to rechristen the city as NewcastleGateshead (“a city you made up for yourselves”) and their attempts to foist their version of culture on us (“You’ve reinvented our culture for us, you’ve rendered it meaningless. Guts ripped out”). A collection that looks inward to reveal wider truths. Bravo. RM 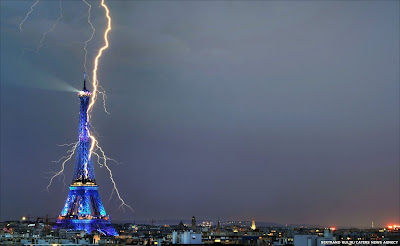