First 10 of 40 shortlisted poems for the Desmond O'Grady Poetry Competition (http://www.desmondogrady.com/poetrycompetition.html) read Wednesday 14th November at White House Bar:
"November" by Ann Dempsey" read by Marian Cody,
"In The
Hands of White Men" by Cait Morris,
"MAGPIE" by Carlos Reyes read by Tom McCarthy,
"FLYING FISH" by Carlo Reyes read by Martin O'Briain,
"Fear is the Cheapest Room in the House" by John Saunders,
"IN THE GALWAY HOOKER BAR" by Keith Armstrong read by Dominic Taylor,
"Everyday Holocaust" by Mary Jo Gibbons read by Mark Mulvey,
"On a swing" by Rachel Sutcliffe read by Bertha McCullagh,
"My Lemon Tree" by Tammara Or Slilat (Video),
"The Man With The Silver Tinged Hair" by Teri Murray 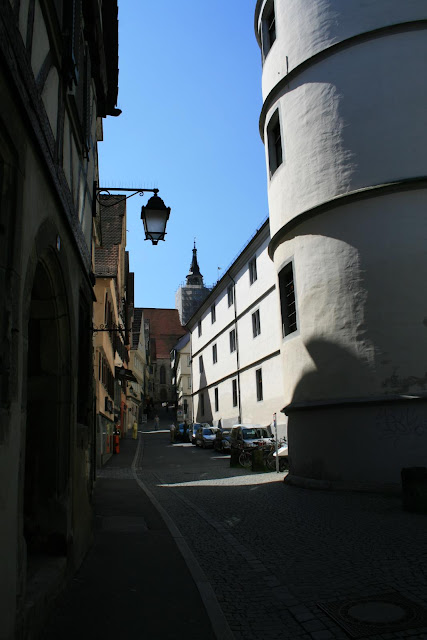 I come back to you
when I am feeling hopeless,
when I am in despair of the heartless.
I trail my hefty books through Customs
to reach you,
to plunge into your depths,
to swim in the mystery of your streets,
the beauty of your trees,
the melancholy of your seminar rooms.

Yes, Tuebingen,
it’s me
looking for myself once more
in your troubled mirror.
So I dive
into La Boheme
and back and back and back
into the Boulanger.
So I stagger
out of Hades
and into the arms
of the Neckarmueller
to feed the ducks
with scraps of my trembling poetry.

Your Hoelderlin Tower
always makes me feel sad.
My body droops like a weeping willow
as my mad muse floats up river
to liberate new dreams,
to greet fresh friends.

I sail in your skies
in a Lufthansa trance.

Let me sing
of all that’s good in Swabia
for you.
Let me wish your lovely children joy
and then let me break my heart again
when I have to leave you.


Shreds of the UK
flapping in the downturn,
decayed Britain
broken into smithereens.
No Kingdom now,
no United State.
We are
citizens
with no obligation
to genuflect
in front of an overstuffed Queen.

Get the UK out of your system,
no going back.
We take the power
to rule ourselves,
make community,
build our own spaces.
Break
the hegemony
of dead parties,
lifeless institutions,
let debate flower,
conflicting views rage.

We want to breathe
and strip away
executive power,
share
the beauty and culture
of these islands
around.
Make good things,
good love.
Empower ourselves
with an autonomous freedom
in a new England,
in a new Europe,
in a New World
of real ownership
and delicate emotion.

Posted by keith armstrong at 2:36 pm

They’re going to illuminate Scotswood,
make floral entrepreneurs in Elswick.
Someone’s set fire to our Arts reporter,
it’s another Cultural Initiative.
Sting’s buying the Civic Centre,
they’re filling the Baltic with tanks.
The Sage is changing its name to onion,
Shane’s pissed on the classical conductor.
They’re floating quangos down the Tyne,
the bonfire will be at Shields.
They’re bringing tourists to witness miracles,
the Chief Executive will strip for money.
They’re blowing up the Castle Keep
to build an installation.
They’re giving the locals more public art,
it’s something to rhyme with.
They’re taking live theatre to the cemetery,
the vicar will write an Arts Council poem.
Steve Cram’s taken up painting
to stop his nose from running.
The river will be made into an ice rink,
we can play with our boats in the bath.
Let New Labour bomb Iraq,
they’re making a museum of politics.
Stuffing glass cases with old principles,
the head hunters are out and about.
It’s cultivated jobs for the boys and the girls,
they’re putting the Arts into centres.
Drain the music from our souls,
we have to be grateful to be patronised.
Their self-righteousness grins from on high,
let the bombs fly and rockets rip.
We can enjoy some more tamed Art,
say cheerio to your history.
They’ve wrapped it up in moth balls,
thank God for the boys from the south.
They’ve saved us from self-government,
we’ve missed out on the Love Parade.
This City of Culture got lost in the end,
the Angel glowers over us though.
Thanks again City Fathers,
it looks uglier every day.
You’ve reinvented our culture for us,
you’ve rendered it meaningless.
Guts ripped out,
we touch our forelock to your glorious Lords.
From the orifice of the Deputy Prime Minister
leaks the corrupt emptiness of your manifestos.
The aching past of the working man
has become the death of England.
Let us hail you from NewcastleGateshead,
a city you made up for yourselves.
Let us watch your empty schemes plummet,
let us learn to dance in community again.
We are Geordies naked with a beautiful anger to burn.

KEITH ARMSTRONG
Posted by keith armstrong at 8:16 am

White House Limerick Poetry presents the Desmond O'Grady Poetry Competition, open to all poets from all around the world.

Posted by keith armstrong at 11:22 am


David Stephenson was a deep friend,
I met him through books.
He came from Carlisle
with that intense and craggy look.
We studied life together,
smoked Full Strength
and sipped Real Ale.
He liked his women big.
I learnt from him
to visit pubs at lunchtimes
to end up pissed in lectures
but, most of all,
to read the letters of Van Gogh,
the diaries of Franz Kafka,
to go inside
the jazz
of Ornette Coleman
and Cecil Taylor.
David told me that
‘Most people are thick’
and, as a socialist of a kind,
I sometimes think he had a point.
I wonder where he is today.
Back across country I surmise,
smoking and looking at the sunrise,
with a fat woman kissing his neck,
listening to Mingus
and the sky.