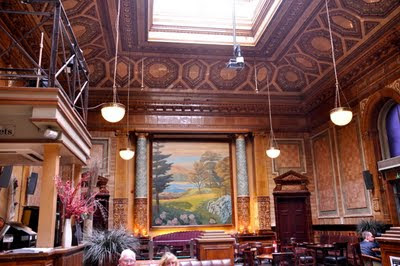 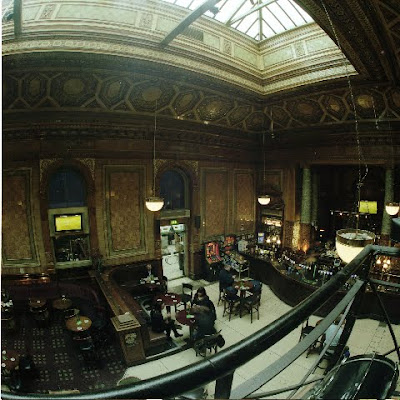 'THE LIGHT IN THE CENTURION'

THURSDAY 19TH MAY 5.30PM THE CENTURION

WITH ANN SESSOMS ON NORTHUMBRIAN PIPES AND SONGS BY GARY MILLER

Posted by keith armstrong at 2:19 pm 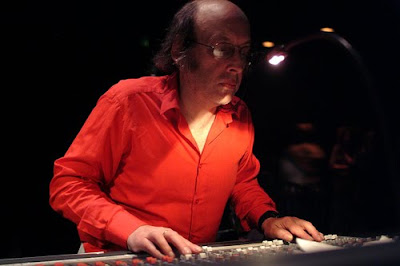 The Premiere of the complete 4-act version of Encounters in the Republic of Heaven will take place at The SAGE, Gateshead on Wednesday May 4th, 2011.
Features Dr Keith Armstrong on tape.
Also at:
May 16 (Monday) : London King's Place : The London premiere.
June 1 (Wednesday ) : Oxford : Jacqueline du Pres Concert Hall, St Hilda's College.
June 24 (Friday) : Cockermouth : Eco Centre as part of the Midsummer Festival.

Posted by keith armstrong at 2:11 pm

“ALL RICH PEOPLE ARE PARASITES”

“All rich people are parasites”,
said the girl as she glided in,
drifting through the French window,
with a face that looked ready to kill.
She sat next to me on the chaise longue,
she had next to nothing on.
And Stockhausen’s friend played piano
and the party became a song.
Her eyes moved amongst the guests,
cutting them up with her glare.
She draped her legs across mine
and played with the strands of her hair.
“All rich people are parasites.
The future belongs to the poor.”
And she put her hand on my thigh
and she kicked her shoes on the floor.
She took me upstairs to my room,
she was drunk on red wine and champagne.
In the rich afternoon we made love,
in the evening it spat on to rain.
Her hair was wild and soaked
as we wandered through the wood.
She fell and cut her leg
and I licked it to taste the blood.
In town we sat in a candlelit pub,
with the light flickering over our lives.
Somebody tried to sell us a rose
but she told him she wasn’t in love.
“All rich people are parasites”,
I’ll forever remember those words,
and the evening we spent by the Neckar,
feeding the crumbs to the birds.
Keith Armstrong,
Tuebingen
Posted by keith armstrong at 11:17 am 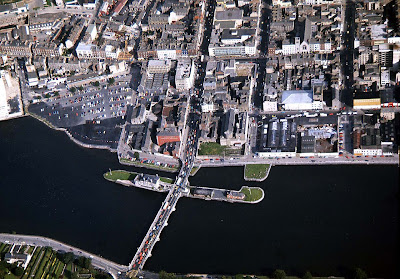 My heart is bursting its banks
with the songs of the Shannon.
My girl friend wells up with the beauty of daybreak,
her breasts swell with the glory of sunshine,
her eyes are glowing with wisdom.
Swim with me to the Atlantic surge,
we can watch the mighty birds take flight,
we can feel the urge of history in our bones
and ride on the aching backs of workers.
Shannon, you are our breath aglow
with the salmon of knowledge.
You are the spray in our faces,
full of bubbles of inspiration
welling up in our surging veins.
Wise one,
lift me up in your flow,
leave me in awe of your wonder.
Let me sparkle with the birth of new ideas,
reach out for the touch of a sensational moon,
dance in a festival of stars
and drown in the arms of a glorious goddess.
"There will be another song for me
for I will sing it.
There will be another dream for me,
someone will bring it.
I will drink the wine while it is warm
and never let you catch me looking at the sun
and after all the loves of my life,
after all the loves of my life,
you will still be the one.
I will take my life into my hands and I will use it,
I will win the worship in their eyes and I will lose it.
I will have the things that I desire
and my passion flow like rivers through the sky
and after all the loves of my life,
after all the loves of my life,
I will be thinking of you
and wondering why."


ROOKS AT BUNRATTY CASTLE
We’re Macnamara’s crows,
rooting for sticks and twigs in Limerick days.
We peck the flesh from Lord Gort’s arse,
from the hangers-on to his rich pickings.
We sweep our turbulent wings across the Shannon,
swimming in the Atlantic winds,
flailing over the airport.
We’re building our own
branches of castles,
screaming rebel rants at you below.
Us rooks
have seen the Vikings and the Stoddarts
rave and die.
We are a black brood
swarming though history,
watching you feckless humans
scrap over misery.
See how our wings beat
with the moment’s surf.
How dark our hearts grow
with suffering.


The greyhounds lash along the track,
as fists bash on the windows of Limerick Gaol.
I am staggering in the darkness of White Wine Lane,
and my path lies lost in the rain.
Let the horses run wildly out of control,
like my brain on too much whiskey and gin.
Let them throw my heart off the broad Shannon Bridge,
I have to die somewhere and this night will do.


I shout my poems out to the odd few who’ll listen,
be it Wolfe Tone or O’Dwyer or Davitt or Griffin.
I am lying dead drunk in the People’s Park,
I am knocked out with girls on poor Punch’s Row.
O Limerick Days you are haunting my soul,
my songs cry out for your old Summer Street.
Make love when I pour you a glass of my verse,
with hope may it set your ancient soul free.


All the beer mats turned red in Limerick
the night that rebel Doctor Che Lynch took a wander
along Glentworth Street,
pouring
the jingling city
down his throat
on this island of his ancestors.
With a beard
as dark as the comforting Guinness,
he slaked his ruggerman’s thirst,
his well-shaken mix of Irish and Galician roots,
by the night-soaked Shannon.
Thirty months later, he was dead in Bolivia;
smashed bones,
splintered beads
of a revolutionary’s sweat
rolling down the guttter.
Now, I am sending this green poem
to your own heaven, old Che;
for your spirited lapel,
a singing sprig of shamrock
to light up the culture shock
of your long wild hair.
You chanced it in Hanratty’s ‘Gluepot’ bar,
you plunged from the leaden sky
to chat up all this local talent
in the eloquent lilt of a roaring evening.
Mighty ‘Red Bird’,
icon at the bar,
no better or worse
than the barman
who served you
a pint or two of Irish love,
to make your heart
grow even bigger;
to set you up
for your flight
from Limerick,
‘three sheets to the wind’,
rocking across the mighty expanse
of the rolling drunk Atlantic to Havana,
to a certain
martyr’s death.
And, amid the glorious beauty
of trees,
in the murderous jungle
of brutal dreams,
we soaks
will remember you
and celebrate the night
you fell in with us.

POEM FOR A LOCAL HISTORIAN
(in memory of Jim Kemmy 1936 -1997)
‘Old people mumbling
low in the night of change and of ageing
when they think you asleep and not listening -
and we wide awake in the dark,
as when we were children.’
(Desmond O’Grady)
'It was poignant,
when walking away from the graveyard
that very warm midday,
that the only sound which could be heard
after he was buried
was that of a member of his trade, a stonemason,
simply chipping away
at a monument.'
(Mary Jackman)


In this city, in every town, in every village,
there is this man
dusty with archives
and old snapshots;
this deep fellow
who digs out truths from scraps,
who drinks from a bowl of swirling voices
and makes sense of things,
makes sense
when all else
lies in chaos.
In his dreams,
wars are not dead.
They scream
from his books.
He will not let
the suffering go -
he owes the children that.
There is something noble
in his calling,
in his bearing.
His work is beautiful.
In this particular place,
you can call him 'Jim'.
You can see his face forever
in the autumn leaves,
the leaves of books,
and the dance of history,
a local historian
and carver of tales
so memorable
that every street must value his love:
the love of our people though the ages,
the love of learning,
the search for dignity
that underpins these lanes.
In Limerick,
Jim's imagination still blossoms
and keeps us rooted
in the drift of memory.
He teaches us lessons.
Listen to his spirit breathe
deep as the Shannon.
His voice forever flies
with the power of knowledge.
'Beautiful dreamer wake unto me,
Starlight and dewdrops are waiting for Thee.'