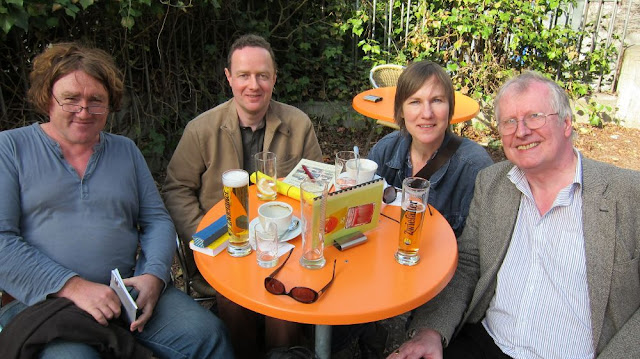 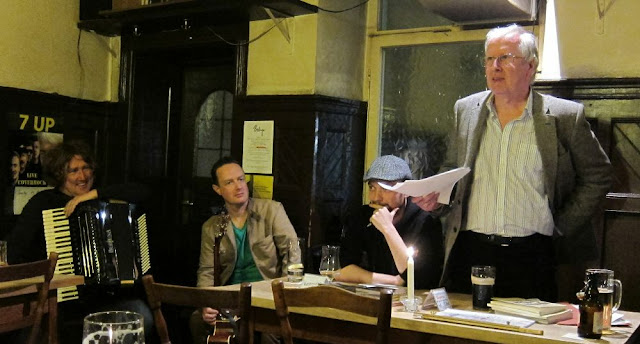 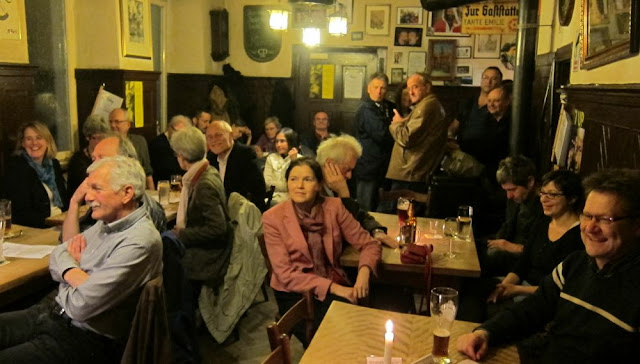 Posted by keith armstrong at 1:17 pm 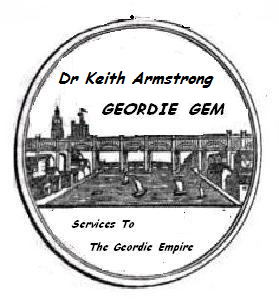 Posted by keith armstrong at 8:11 pm 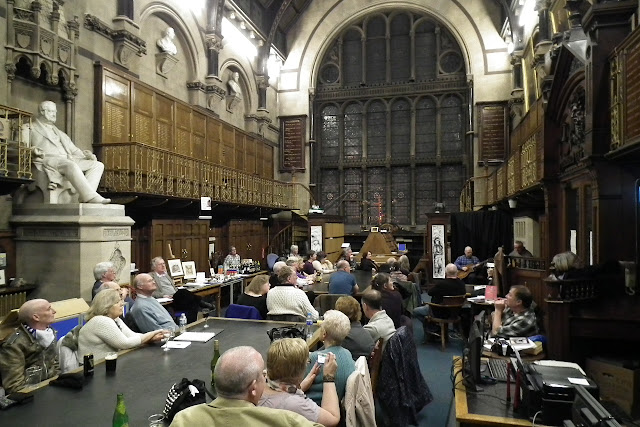 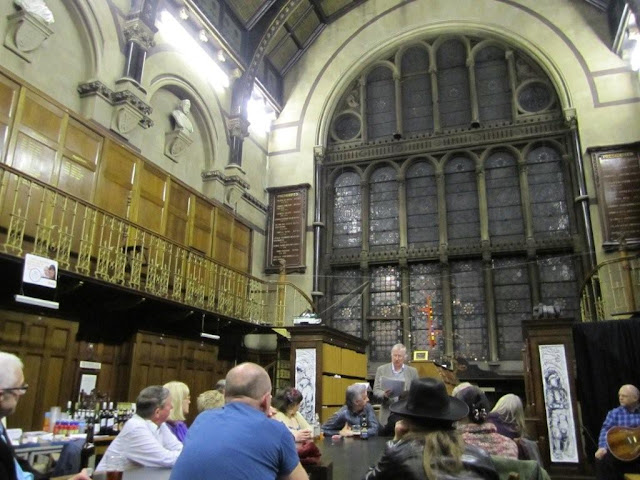 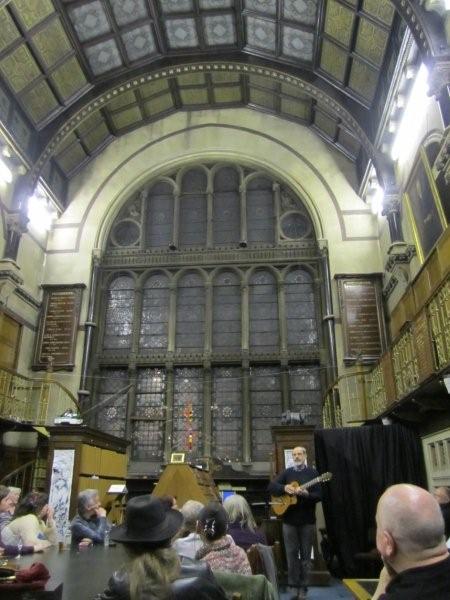 Posted by keith armstrong at 5:25 pm

The winner of the 2012 Northern Voices Joseph Skipsey Award is the late Gordon MacPherson (1928-1999). The Award was accepted by his daughter Heather Wood of Easington at the Joseph Skipsey 180th anniversary event at the Mining Institute in Newcastle on 17th March.
Northern Voices Community Projects coordinator Keith Armstrong also picked up a lifetime achievement award. 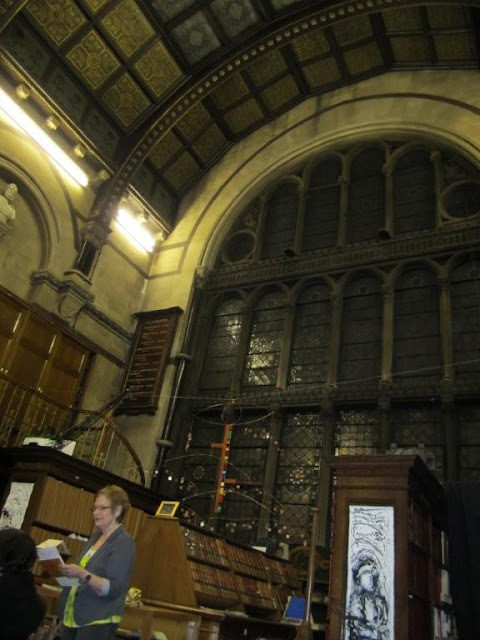 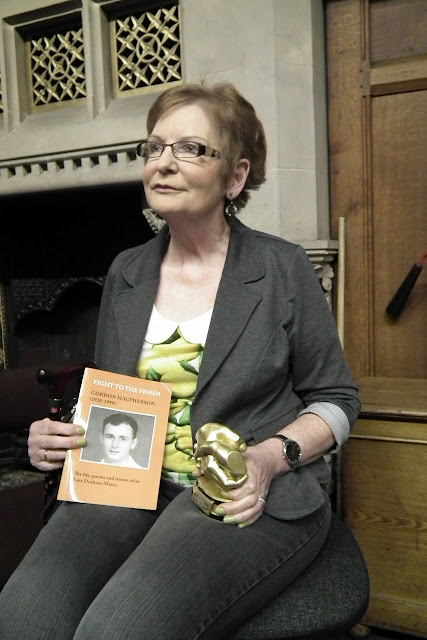 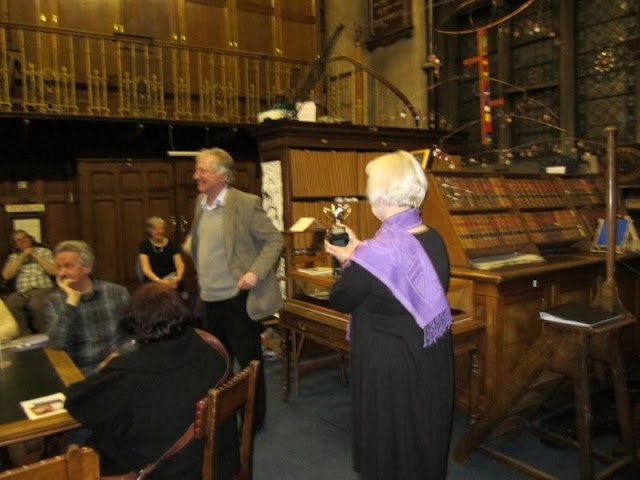 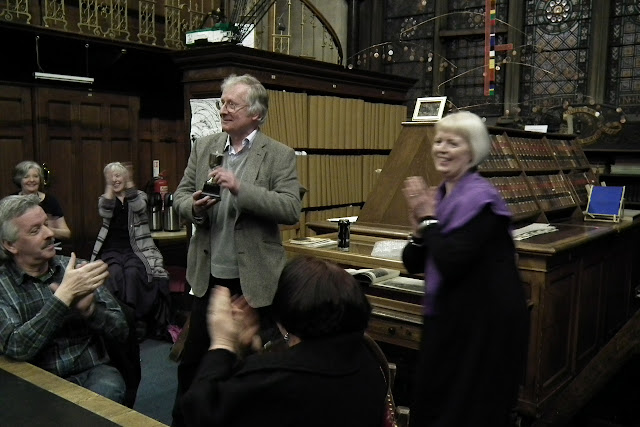 Posted by keith armstrong at 9:55 am

The twinning continues to go from strength to strength with poet Doctor Keith Armstrong and folk-rock musician Gary Miller, lead singer of Durham band the Whisky Priests, travelling to Tuebingen at the end of March for performances in pubs, cabaret venues and schools.  Armstrong and Miller will perform with Tuebingen poet Tibor Schneider who visits Durham in October as part of the ongoing exchange.
Durham University poet John Clegg will return the compliment with a trip to Tuebingen in March 2013.

Last year, Tuebingen rock musician Juergen Stuerm jetted in with his music partner Mary Jane at the end of October for pub gigs, including a twinning event in Durham on Monday 31st October featuring Juergen and Mary Jane with Durham folk musicians and poets. That followed on from a visit to Tuebingen in South Germany in early April 2011 by Keith Armstrong and photographer/artist Peter Dixon. The intrepid pair worked together on a touring display featuring Armstrong's poems and Dixon's photographs documenting the unique link between Tuebingen and Durham which was staged initially in the Durham Room at County Hall, Durham in November. Armstrong performed his poetry in cafes, bars and schools and met up with Tuebingen friends, old and new, with the multi-talented Dixon capturing all of it on film. 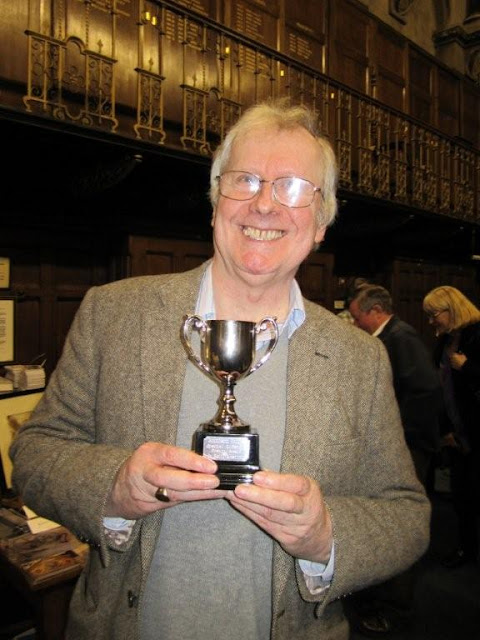 Posted by keith armstrong at 4:30 pm

BACK IN THE BOULANGER!

Poems & music from Durham and Tuebingen

present an evening of creative celebration

Posted by keith armstrong at 1:04 pm

live at 'trashed organ' at the bridge hotel! 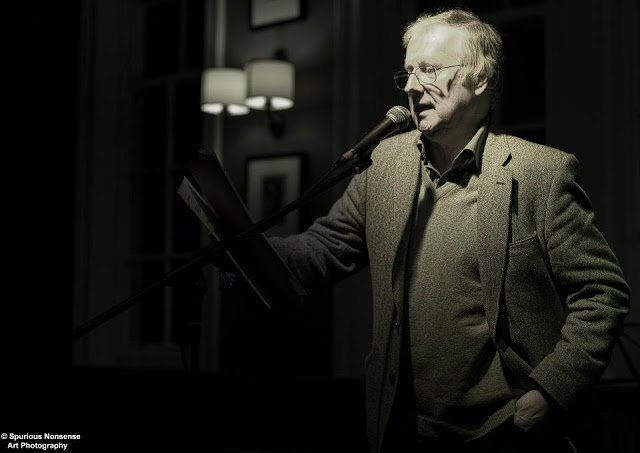 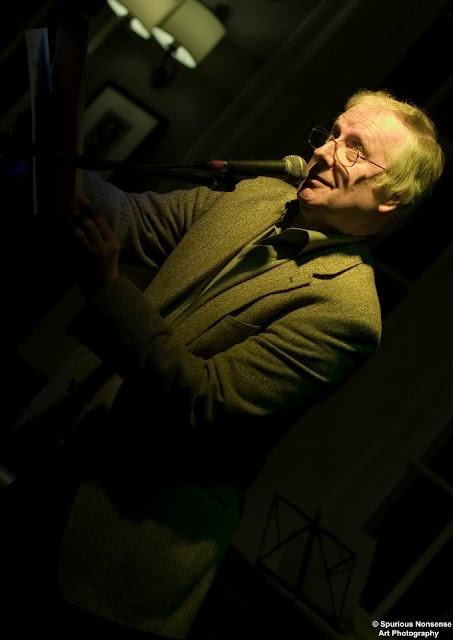 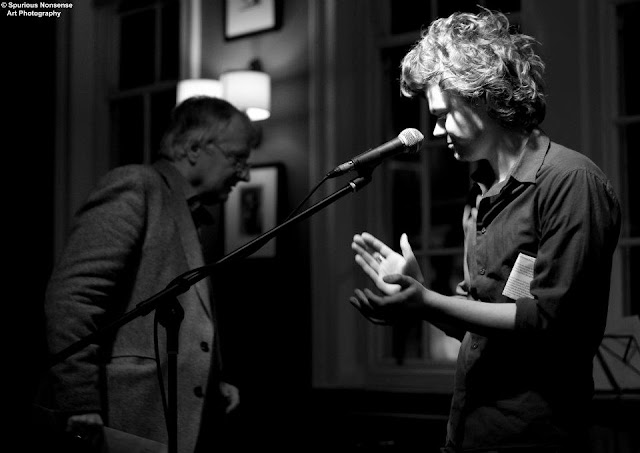 Posted by keith armstrong at 9:06 am


The Month Of The Asparagus

This volume of poems from Newcastle born Keith Armstrong collects together a selection of his work, culled from the last thirty years, and displays the real depth of his talent. He has an obvious and enduring affection for the region that really comes across in lines which exalt the sights and sounds he sees around him. ‘Marsden Rock’ is a “Sensational Rock / swimming in light” and “Birds hurl themselves at the leaping Tyne” in ‘At Anchor’; and he has the kind of voice that you might hear in your own head when you’re caught on the cusp of being drunk; a woozy melancholy that is romantic but also given over to bouts of searing realism. His romanticism also touches on his love for other chroniclers of life including the painter Lowry (“His old boots squeak the floorboards of memory, / his heart is sad and soaked in loneliness”) and the great engraver Thomas Bewick. He has travelled extensively (one poem sees him cropping up at Baudelaire’s grave) but his voice – wherever he finds himself – always alternates between the sharp and the sensual. RM
Posted by keith armstrong at 12:35 pm


THE HARTLEY PIT CALAMITY OF 1862
As part of the 2012 150th anniversary of the Hartley Pit Calamity of 1862, local community arts group Northern Voices Community Projects (NVCP) is, with the support of North Tyneside Council and the Heritage Lottery Fund, preparing a touring display and study pack about the Calamity and are asking interested volunteers to get involved.
NVCP have already published, with North Tyneside Council, a commemorative historical book 'Still the Sea Rolls On' and editors Dr Keith Armstrong and Peter Dixon are leading a series of informative visits and study workshops for local volunteers to help research original documentation about the Calamity. The results will be a touring display and a set of study packs to be distributed to North Tyneside libraries, schools, colleges, museums and other organisations who have an interest in the subject.
Involvement is free and there will be visits to Newcastle's Mining Institute, New Hartley Memorial Garden and Earsdon churchyard, Woodhorn Museum, Beamish Museum and Newcastle Library, culminating at Segedunum, Wallsend.
Volunteers will get practical experience of local sites and archives and an insight into the research skills involved in local history research. You need no qualifications or skills to join, only an interest in local community history.
The first visit is at 10.15am on Monday 19th March at the North of England Institute of Mining and Mechanical Engineers, Neville Hall, Westgate Road, Newcastle, near the Central Station, and will include a tour of the Institute followed by a bus trip to New Hartley to visit the Memorial Garden and other local sites, including Earsdon churchyard, as well as an illustrated talk by Dr Keith Armstrong and Peter Dixon based on their new book, together with a free buffet lunch.
The other four visits will follow during the day over the next two months.
There are a limited number of places. If you are interested, please contact:
Northern Voices Community Projects Tel: 0191 2529531 or e-mail: k.armstrong643@btinternet
or Chris Bishop, Heritage and Museums Manager, North Tyneside Council Tel 0191 6437413 or e-mail: chris.bishop@northtyneside.gov.uk

North Tyneside Council was successful in securing funding up to £18,600 from the HLF Your Heritage lottery fund to support projects to mark the 150th Anniversary of the Hartley Pit Disaster. This project is part of a programme of activities supported by those funds.

Using money raised through the National Lottery, the Heritage Lottery Fund (HLF) sustains and transforms a wide range of heritage for present and future generations to take part in, learn from and enjoy. From museums, parks and historic places to archaeology, natural environment and cultural traditions, we invest in every part of our diverse heritage.  HLF has supported more than 30,000 projects allocating £4.7billion across the UK. Website: www.hlf.org.uk
Posted by keith armstrong at 3:35 pm
Newer Posts Older Posts Home
Subscribe to: Posts (Atom)