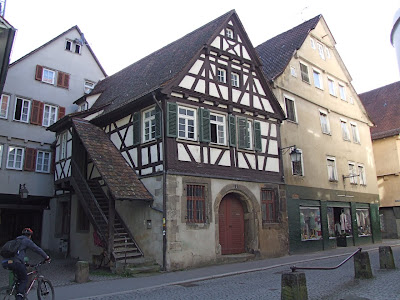 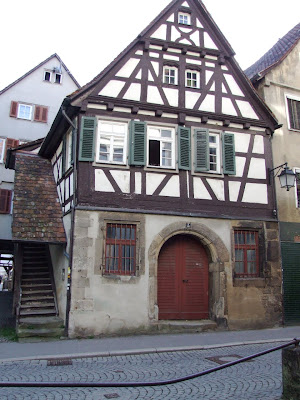 The leaves blow through the glass
as dreams float in the room
and people I have travelled with
climb up these timbered stairs.
Memories coat the walls,
days wander down the lane;
there is no telling where the tales
of drunken nights have gone.
Church bells punctuate the moon,
screams open up the dawn,
and I see Jennifer lying there,
poems oozing from her smiles.
At morning, Ingrid, with her little hands,
brings coffee to my brain
and Karin calls at evening’s door
with wine to ease the pain.
All these dancing moments,
the dripping down of hours;
this house’s chest is heaving
with the loss of human touch.
I drink those sunken days
and know the gulps are fleeting
but the moonlight-stains on the empty bed
will show we bled
for love. 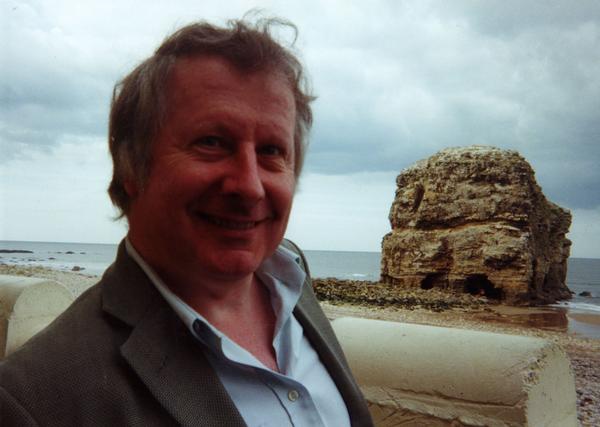 THE FIRST TIME! AN IRISH TRAVELOGUE 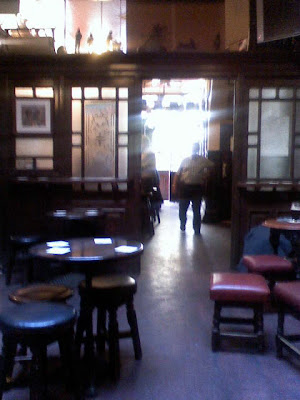 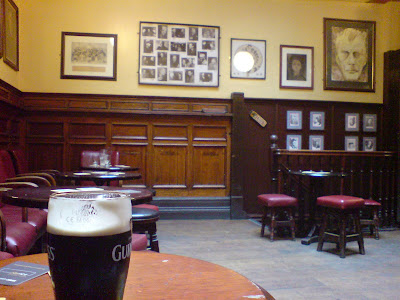 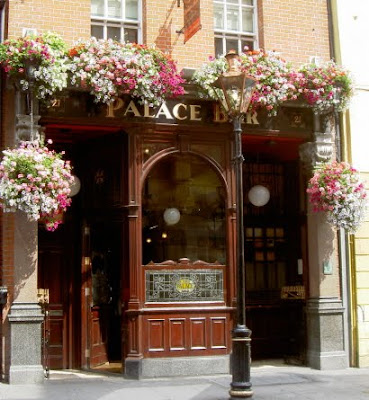 The 7th February 2012  saw me heading North along
the A1 towards Newcastle Airport. it was early, it was
dark, but it didn’t matter, this trip had been a long time
coming and I couldn’t wait to get on with it.
On the concourse of the airport, I saw who I was looking
for exchanging his sterling for euros with maximum effect
but then that’s what you would expect from "the Jingling
Geordie".

Ryan’s wings ferried us across the sea and we landed with a
scary bump in Dublin’s Fair City.
A bus ride through streets wide and narrow, where Molly Malone
once pushed her wheelbarrow, quickly brought us to Dublin's Heuston
Railway Station and the Galway Hooker Bar. Keith, being a doctor, expertly
explained that the place was nothing to do with ill repute or ladies of
the night.
This kind of hooker was in fact a type of sailing vessel. I must
admit, I did feel a little disappointed. Anyway, we spent a glorious
afternoon watching travellers of all types travel through their
life’s written pages, while I readily sank the black stuff and
Keith sank the Magners.
It was brilliant in the Galway Hooker Bar but time and trains wait for no
men, not even spellbinding poets who were filling themselves to
the brim with the Irish charm.

We ambled, unsteadily, along Platform Six and climbed aboard
a brand new train to Limerick, where Keith said we would
get even more kicks. The three hour journey seemed to vanish
as speedily as the dainty tins of Magners that were on sale.
We staggered out of Limerick Station straight into “Charlie St
George's" bar and raised a glass or four to the actor Richard
Harris who used to whet his whistle there. I was quite happy,
in my Guinness induced haze, so I said "Fuck the gigs!" but
Keith, being the true professional that he is, said unconvincingly:
"No, we’ll make this our last and then we’ll have to grab a taxi
- fast !", which we reluctantly did.
The Jury’s Hotel welcomed us with open arms, it was Magners for
Keith and a tuna and sweet corn sandwich for me - sorry! but I
was ravenous. We had just enough time to get to our room put
our bags down and then it was order a taxi and straight to the gig.

I can’t remember how we got to "Foleys Bar" but when we did
the place was packed, from floor to ceiling, with poets, writers,
artists…all of whom, came, at various times through
the evening, to say hello to Keith, who is well respected and
extremely popular there, which is very good news, even better
news was that we never paid for another drink all night.
Modesty forbids me to blow my own trumpet too loudly, but I
have to admit we absolutely rocked Foley's Bar and went down a
blinding sensational storm - the audience would not let us off
the stage until we repeatedly promised to make a return visit
in 2013.
We even overshadowed the presence of Miss Limerick who was
involved in a photo shoot. You may have heard the old rhyme,
"In Dublin’s Fair City where the girls are so pretty" and it is
perfectly true, Dublin girls are so pretty - but not as pretty
as Miss Limerick! She looked absolutely stunning. Her beauty
cut straight through the Guinness-induced haze and set our
thoughts on a hopeful wandering. We were silently hoping our
fame as poets would hastily spread to her table and she would
inexorably rushed to ours - no such luck!

Nobody wanted to leave Foleys bar, because the evening had
been so incredibly enjoyable. The licensee had to plead with
everyone to leave before he lost his liquor license. A truly
memorable night!
I don’t know what time it was when we got back to the hotel
I was totally pissed but felt very pleased with myself. My head hit
the pillow and I just crashed out for what seemed like seconds,
when suddenly I was woken by Keith saying:
"How does it feel to be a success, Lonsdale? "
I was really thrilled by his comment and will remember the
moment all my life.
Keith had set the alarm for 6.00am just to make sure we
didn’t miss breakfast and after being suitably fortified by a
full Irish we prepared ourselves to do the whole trip again,
only this time in reverse.

This roller coaster of a trip came to a fabulous climax inside
the "Palace Bar", Dublin, surrounded by Ireland's finest
literary giants together with two of Keith’s friends, Noel Duffy
and Shauna Gilligan, who are both superb writers. It was a
wonderful craic-filled afternoon and a very fitting end to
our trip. When we left "the Palace", my head was literally
spinning, the time spent there had been an absolute delight.
Standing unsteadily outside, we found all the cash we
had left was twenty euros between us, which was unsettling
to say the least because the taxi fare to Dublin Airport was
thirty seven euros. Desperate times call for desperate measures:
I waved a passing taxi down and slurred our predicament to the
driver. He was a good man and full of the craic, he said he
would do us a favour and take us to the airport for twenty euros.
He also threw in his very intimidating and frightening life
story along the way, for free. I somehow remember feeling glad
to be alive when we reached Dublin Airport. The chap was
a cross between Fred West and the Kray Twins, enough said.
I was sad to leave Ireland, it had been my first time there and
something I had always wanted to do and will certainly do
again. Everywhere we went, we were made to feel very
welcome and every gig we did was a complete and total
success, I can honestly say that Doctor Keith Armstrong and I
absolutely shook Dublin and Limerick to their core, Keith
even volunteered to help save the waters of the River Shannon
from being drained off and sold.
The craic and the laughter never stopped from
take off to touch down and I loved every minute of it. I really
did not want this adventure to end. "Roll on next year!" that’s
what I say and many thanks for the invite Keith, I wouldn’t
have missed it for the world. 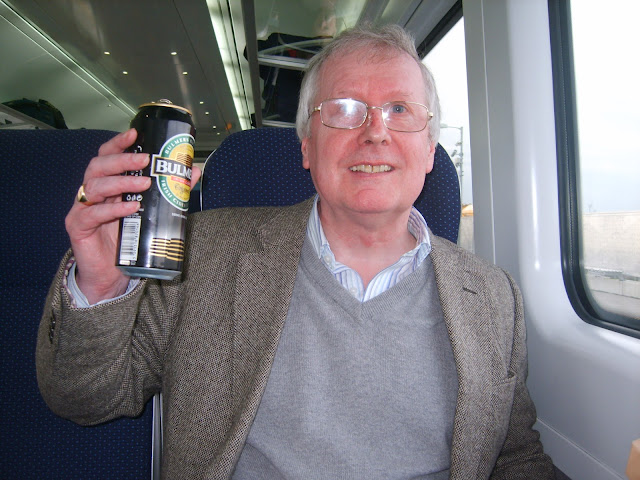 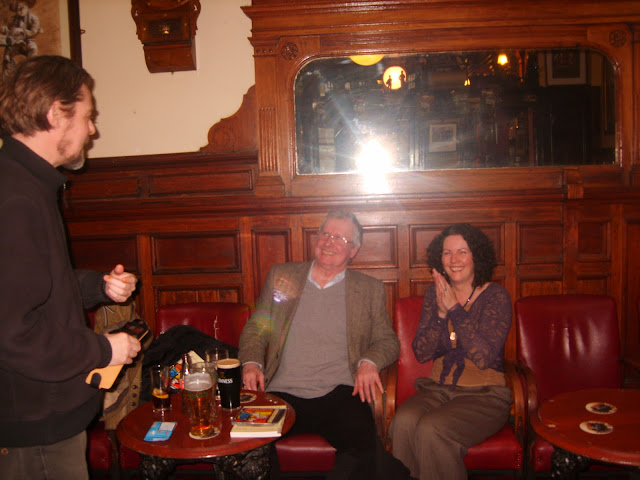 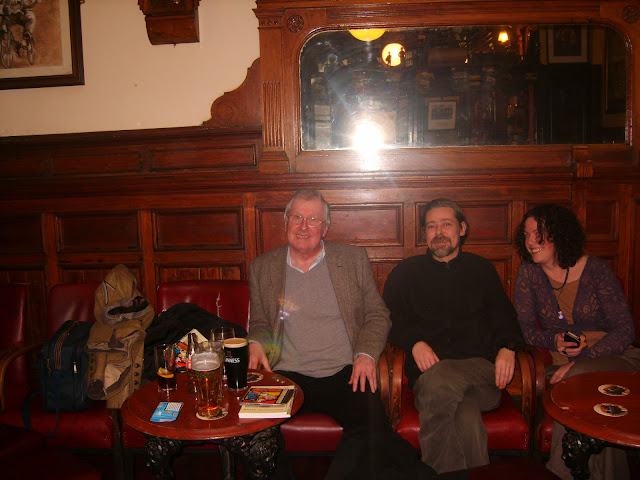 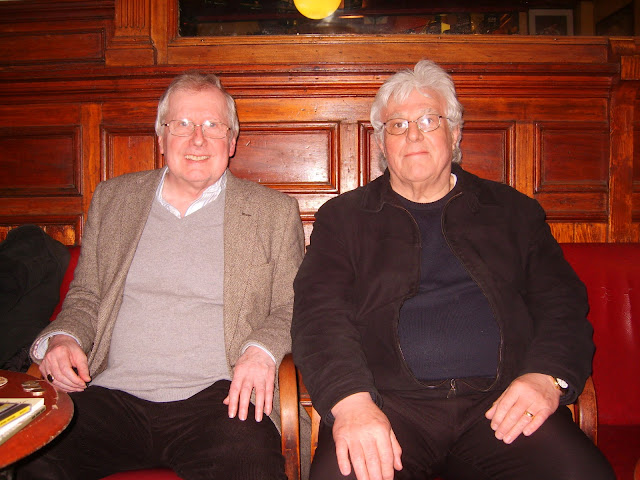 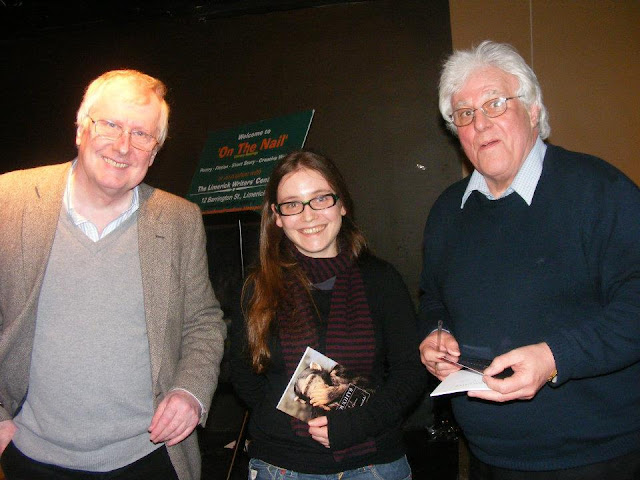 Posted by keith armstrong at 4:09 pm 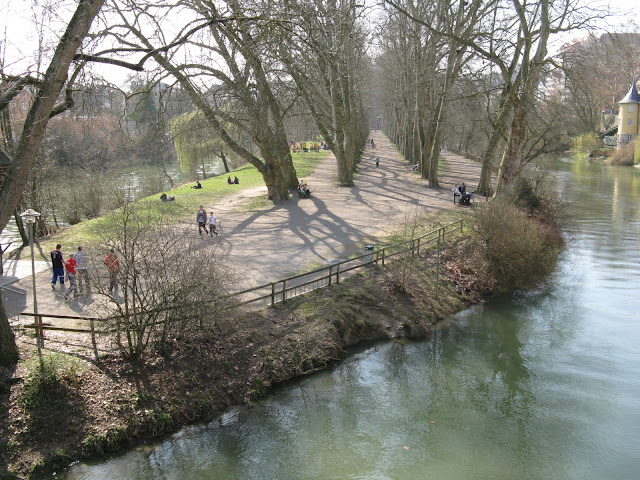 Oh, how soon
Beauty and form disappear.
You shine with your cheeks
Just like milk and purple shine.
Alas, the roses are withering.
(Wilhelm Hauff)

An aging, independent scholar disturbed my musings - a dessicated, lonely and embittered bachelor known as ‘skullhead’. For years he has been living all alone. He injected his bitter mockery into the elegy I had just begun and walked around those paths with me for a whole hour, talking and grumbling. It was a strange thing to watch: he couldn't help making bitter and angry jokes, yet he needed so badly to talk about himself and be sociable that he thrust himself upon me in a manner I found almost moving.
(Hermann Hesse, letter from Tuebingen 2/10/1898)

I clocked him
again
yesterday,
a long and lonely Sunday,
falling out of the Boulanger
with the moon in his top pocket.
He’d had a schnapps too many
and it showed
on his slobbering tongue.
He was hanging round
nooks and crannies,
last year’s stubble
stuck
on his crazed cranium.
He could have been Hermann Hesse
but he found himself
in a rut,
got his heart broke too often
got his bones frozen
too many times,
embittered,
brittle as old crumbs.
But his eyes
gleamed
with knowledge
and foreboding,
his wiseness
bothered people
in their aimlessness:
folk growing kids
to make themselves feel useful.
Skullhead knew different,
he knew that the Neckar
was full of piss,
that the trees on the Platanenallee
had brains
and feelings,
that the sky screamed
and churches were awash
with shit.
Young girls and boys
basking by the Cafe Piccolo Sole d’Oro,
eyes playing
with sunlight,
flinched
when they saw him.
They might just end up like him,
brilliant and unloved,
stuck in a town called Tuebingen,
shoelaces trailing
down Hafengasse,
branches creaking,
river murmuring,
footsteps in the memory,
fallen leaves.
That
and the dull thud
of spiritless music
everywhere,
no God,
no hope.
Only Skullhead
to remind us
that we’re going nowhere
but the graveyard,
like Hoelderlin
without the poetry.
KEITH ARMSTRONG 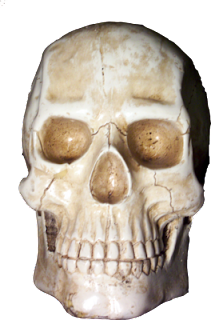