My father took me piggyback
to the people’s game.
I felt the surge of the Gallowgate end
beneath me
like the sea roaring
off Tynemouth.
I sensed the solidarity
of those football-mad days
and my little heart
swelled with a Magpie pride.
Black and white love
came to me early,
inherited down life’s straining seasons.
The throbbing crowd
lifted me
over tough shoulders,
the passion
surging with me
to the front
where I could share
the yearning dreams
for just a little glory.
Those terraces lit up,
made the blue star glow.
We young and thirsty Geordies
learnt quickly
to get drunk
on the back
of flowing football. 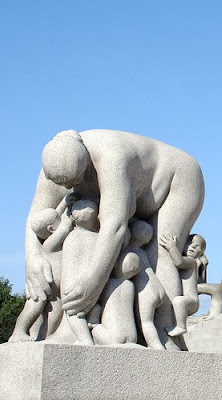 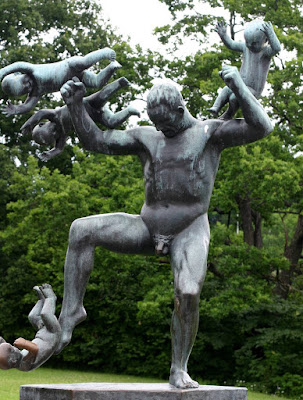 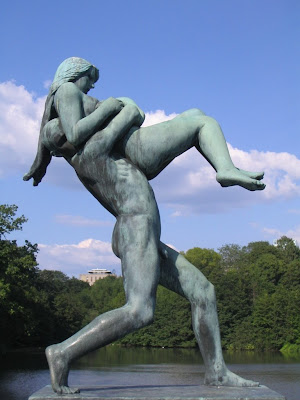 Posted by keith armstrong at 6:44 pm

you passed this way 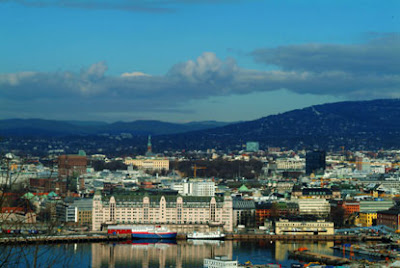 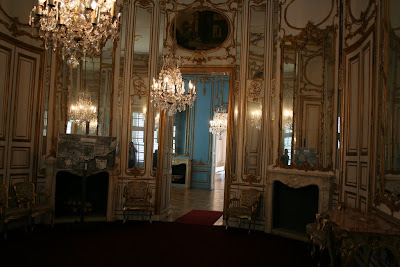 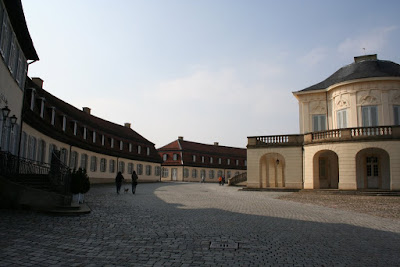 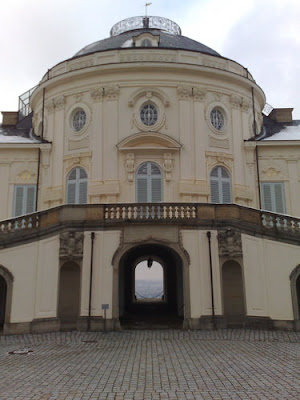 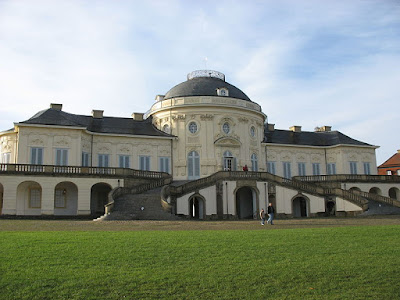 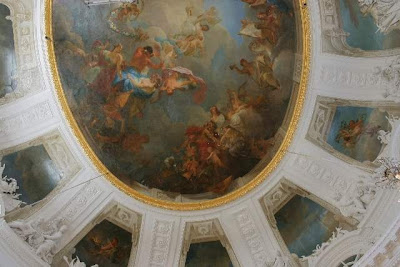 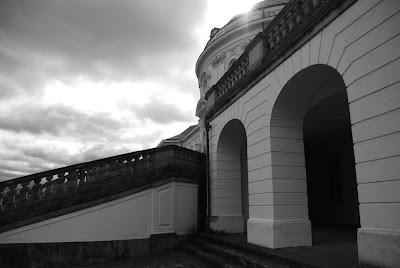 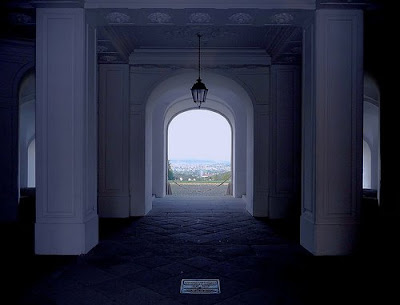 Castle Solitude (also known as Solitude Palace), was built as a hunting lodge between 1764 and 1769 under Duke Karl Eugen of Württemberg. It is not a true castle, but rather a rococo palace. Since 1956 the area has belonged to the urban district of Stuttgart-West. The castle lies on a high plain between the towns of Leonberg, Gerlingen and Stuttgart city. The castle offers views to the north over Weilimdorf, Korntal and Ludwigsburg.


Schloss Solitude was originally designed to act as a refugium, a place of quiet, reflection and solitude (thus the name). Construction of the castle was plagued by political and financial difficulties. Karl Eugen had taken Württemberg into the Seven Years' War on the losing side against Prussia. The building exceeded the budget allocated by the duchy of Württemberg. Further, political wrangling between the duke and influential Stuttgart land barons led to the duke moving temporarily from Stuttgart to Ludwigsburg. In the long run, the castle was prohibitively expensive to keep just as a temporary residence. In 1770 it housed a high school founded by Duke Eugen. In 1775, the Karlsschule academy moved to Castle Solitude. It served as an academy of arts, a military academy, and later a general university for children of the elite. Eventually, maintenance costs led to its closure as a school after the Duke's death late in the 18th century. Between 1972 and 1983, the Federal Republic of Germany restored the castle.

Since 1990, the annexed buildings (Officen-building and Kavaliers-building) have housed the 'Castle Solitude' academy. The Kavaliers building incorporates living quarters for students.


Castle Solitude was designed by a working group at the ducal court under the guidance of Philippe de La Guêpière with active input from Duke Karl Eugen and master craftsmen. Its exterior is typical Rococo. On the inside, however, the style is characteristic of classicism: instead of the irregular lively forms typical of Rococo, the proportions of the rooms and wall are typically classical in design.

The northern main gate of the castle marks the beginning of Solitudeallee, a partially tree-lined straight avenue leads directly to Ludwigsburg over 13 km. Duke Karl-Eugen commissioned the building of the avenue from 1764 to 1768 as a connecting route to the residence palace in Ludwigsburg. The avenue, which is is still largely intact today, leads via Stuttgart-Weilimdorf past Stuttgart-Zuffenhausen and Stuttgart-Stammheim. Only in Weilimdorf, where it intersects the main street, and in Ludwigsburg, where it is interrupted by the railway, are there minor irregularities. According to a plaque inside the castle, the avenue served as the baseline for the Württemberg land survey of 1820 and measures exactly 40,118.718 Paris feet or 13,032.14 meters.

After 1903 Castle Solitude was the finishing point of hill races. In later years, the grounds of the castle served as a hostel for drivers. From 1935 to 1965, the 11.3 kilometers Solituderennen course south of the castle was used for World Championship motorcycle Grand Prix racing. From 1961 to 1965, a series of non-championship Formula 1 races were also held on the same weekends, welcoming drivers such as John Surtees, Jim Clark, Dan Gurney and Jack Brabham. In their heyday, the Solitude races attracted crowds of 288,000 spectators, but they were abandoned in 1966.

In 2003, a revival competition was staged in and around the castle with former competitors and ex-world champions such as Giacomo Agostini. A rally to commemorate the 50th anniversary of races was held in 2004.

The area of Castle Solitude belonged to Gerlingen until the 31st of March 1942, at which point it was assigned to the suburb of Botnang before being integrated into the district of Stuttgart-West in 1956.
Posted by keith armstrong at 6:44 pm 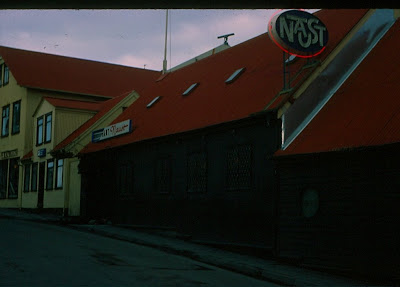 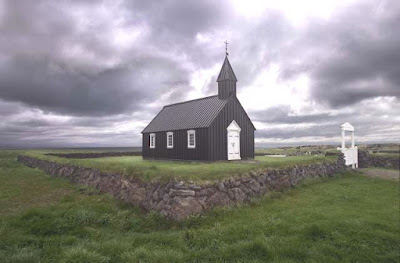 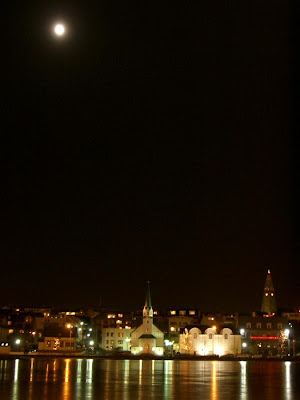 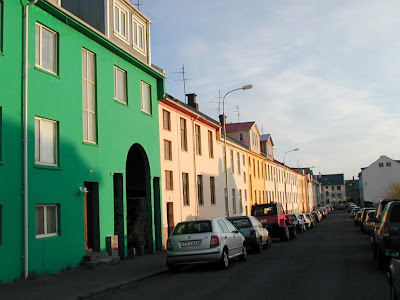 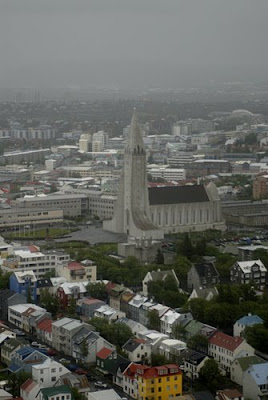