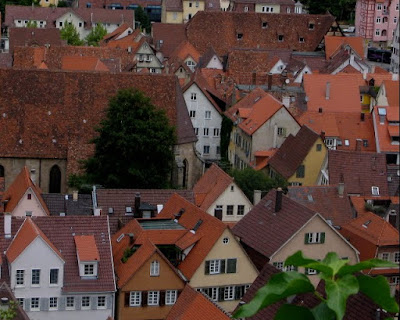 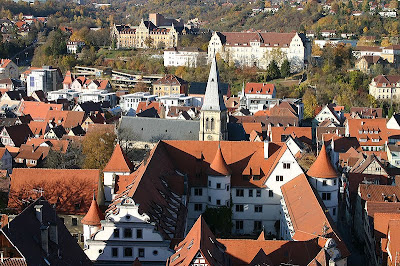 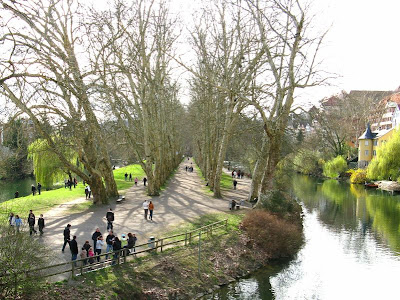 As every flower fades and as all youth
Departs, so life at every stage,
So every virtue, so our grasp of truth,
Blooms in its day and may not last forever.
Since life may summon us at every age
Be ready, heart, for parting, new endeavor,
Be ready bravely and without remorse
To find new light that old ties cannot give.
In all beginnings dwells a magic force
For guarding us and helping us to live.
Serenely let us move to distant places
And let no sentiments of home detain us.

The Cosmic Spirit seeks not to restrain us
But lifts us stage by stage to wider spaces.
If we accept a home of our own making,
Familiar habit makes for indolence.
We must prepare for parting and leave-taking
Or else remain the slave of permanence.
Even the hour of our death may send
Us speeding on to fresh and newer spaces,
And life may summon us to newer races.
So be it, heart: bid farewell without end.

Live preview at The Maltings, Berwick-Upon-Tweed on Friday 16th April 2010


Internationally acclaimed songwriter, performer and recording artist Gary Miller is set to release his first CD album of all new material in 10 years.

“As a song poet there a few in the world today to match him” (Green Man Review, USA)

Following a self-imposed long-term sabbatical for various personal reasons, during which time he continued working professionally in the music industry as a commissioned songwriter, worldwide artist booking agent, music industry college tutor and lecturer (throughout Europe), musical director for theatre, freelance community musician, and more, he is looking forward to relaunching his professional recording and performing career at an international level with the release of his new CD ‘Reflections on War’ and an international touring schedule (both solo and with a band) in 2010.

Produced by his good friend and collaborator award-winning songwriter and musician Iain Petrie, the 10-track CD (catalogue number WPTCD22) will be the 22nd release on Miller’s own international label Whippet Records and features songs commissioned as part of a major exhibition at York Art Gallery on the theme of war entitled ‘Reflections on War’.

Gary Miller first rose to international prominence during the mid eighties and throughout the nineties as lead singer, guitarist & mandolin player with The Whisky Priests, the internationally renowned folk-rock band with a worldwide cult following that he founded in 1985 and fronted with his twin brother Glenn (“the Jimi Hendrix of the accordion”) - “the Joe Strummer and Mick Jones of the Folk World”.

At a special pre-release live preview of the CD, Gary Miller will be performing a short set of songs from ‘Reflections on War’ at the Maltings, Berwick-Upon-Tweed on Friday 16th April 2010 in a special guest slot supporting local favourites ‘The Gypsy Soul Experience’ (the bill also features the incredible and very soulful All girl Harmony Trio: The Mamatones, and 10 year old rock superstars Universal Chaos and promises to be a great evening of all-round musical entertainment).

This will be the first time the songs have been aired live with a full band line-up featuring Miller’s new band ‘The Volunteers’, formed specially for this project. The ‘Reflections on War Roadshow’ featuring Gary Miller and The Volunteers sets off on a Europe-wide tour later in the year to coincide with the album’s official release. In the meantime, Gary Miller will be touring Belgium, Germany and the Netherlands in Spring 2010, performing solo and as a duo, accompanied by his great friend and long-term collaborator, poet Keith Armstrong, in advance of the album's official release.

Just finished reading your book on Jack Common, after reading the review in a recent issue of Freedom, and thought I would drop you a line to say how stimulating and thought-provoking I found it. Also been inspired to read some of Jack's books (in particular the essays) - I reckon its a pretty impressive 'gift' when a new book maps out new reading for a good few months ahead.


If you are ever in this neck of the woods (Saffron Walden) do let me know as it would be good to spend an hour or so chatting over a pint and pint or two.

Posted by keith armstrong at 9:45 am

That Gordon Brown is drawing up proposals to give fans a share in football clubs should come as no surprise. With the connections formed by trade unionism, church or social club having fallen away, support for a football club is one of the few ways left of showing communitarian endeavour and a willingness to belong.

If Brown did not own shares in Raith Rovers, then any spin doctor worth his or her salt would quickly provide them. All modern politicians need a football club: the homily Ed Balls gives about his love of Norwich City establishes him – he thinks – as down to earth, a man of the people, and endearingly quixotic.

Alastair Campbell plays the same card. Yes, he paved the way for the invasion of Iraq, but did you know, he is an avid Burnley supporter? (It's very difficult to avoid knowing, actually.) Before long barristers making pleas of mitigation will be saying things like: "And, your honour, the defendant is a passionate supporter of Derby County, and a lifelong season-ticket holder."

When not used to ingratiate, the identity of fan with team is poignant. Callers to 5 Live phone-ins will say "We showed our quality today", when what he really means is "I sat on my bottom and watched other people show their quality". When the conflation is taken further, and the presenter congratulates a caller ("Well done Derek, you played really well today" – though it is unlikely Derek is capable of running a hundred yards let alone playing professional football), this is because he has sacrificed much of his life to the sedentary pursuit of watching football.

He has entered a virtual or shadow world, and I feel that many of the fans who want to take over their clubs have done the same. Let's say they get 25% stakes ... what then? In the case of the bigger teams there'll still be 11 millionaires on the pitch, most – like the manager – foreign, with little connection to the town. While the grip of some creepy plutocrat might have been lessened, the town – if it is typically provincial – will remain a bleak, demoralised place in hock to the shareholder value of global conglomerates; where the life of the centre has been leeched away by hideous superstores; where investment in industry has given way to the supply of Americanised coffee, call centres, or some other activity lending no identity.

The centre of world iron-making was once on the banks of the Tees in Middlesbrough. Today there's a great expanse of ashy nothing, with just one new enterprise in place of the old: the Riverside football stadium, which for most of the week stands silent and isolated like an upturned and abandoned ship, because, despite the efforts of Rupert Murdoch, the game can't be played around the clock. (It can be talked about around the clock, of course – provided you repeat yourself every 10 minutes, as Sky and 5 Live do).

When James Alexander Gordon reads the results at 5 o'clock on Saturday, the former identity of the town or city flares briefly in my mind. When he says "Nottingham", I think lace; "Stoke", potteries, and so on. But then I'm 47 and with a retrospective frame of mind. Before long, the names of many of our provincial cities will evoke nothing but the team, and this is the problem, not the solution. I urge all those energetic, engaged people who want to take charge of their clubs to look beyond the touchline and take charge of their towns: stand for the council, fight the corporations, campaign for co-operation in the workplace, blog about how the Anglo-Saxon model of capitalism has all but killed provincial Britain, and become an active member of the party you think most likely to reverse the trend.

Red Knights? They're red herrings if you ask me.

Posted by keith armstrong at 7:28 pm

Thatcher dismembered Britain, enthroned inequality, privatisation, and commercial hocus-pocus. Blair-Brown’s New Labour ‘rebranding’, its claim to inherit from her, marked a surrender to markets and market-makers that were far wider than the nation. You could not have profit-driven culture-industries - New Labour’s ‘Cool Britannia’ - and retain culture as critique. (Christopher Harvie. Broonland. The Last Days of Gordon Brown. Verso, 2010).
It was always nonsense to imagine that unfettered greed would trickle down into social inclusion, and when the bubble burst those who placed their faith in the Sanctimonious One were left with egg on their faces. In the coming years this is going to stink to high heaven - and we're all going to smell it. (Will Self, The Observer, 4/4/2010).
Posted by keith armstrong at 5:58 pm 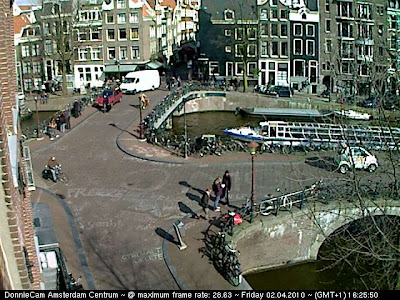 In his youth, Keith Armstrong travelled to Paris to seek out the
grave of poet Charles Baudelaire and he has been
making cultural pilgrimages abroad ever since. He has
toured to Russia, Georgia, Bulgaria, Poland, Iceland
(including readings with Peter Mortimer during the Cod
War), Denmark, France, Germany (including readings at
the Universities of Hamburg, Kiel, Oldenburg, Trier
and Tuebingen), Hungary, Italy, Ireland, Isle of Man, Spain,
Sweden, Czech Republic, The Netherlands, Cuba, Jamaica and Kenya.
His poetry has been translated into Dutch, German,
Russian, Italian, Icelandic and Czech.

He has long pioneered cultural exchanges with Durham’s
twinning partners, particularly Tuebingen and
Nordenham in Germany and Ivry-sur-Seine and Amiens in
France, as well as with Newcastle’s Dutch twin-city of
Groningen. In fact, he has visited Tuebingen over 30
times since he first spent a month there in November
1987 as poet-in-residence supported by Durham County
Council and the Kulturamt, and he has performed his
poetry in the city’s Hoelderlin Tower and, on four
occasions, as part of its Book Festival. He has
arranged for writers such as Katrina Porteous, Julia
Darling, Michael Standen, Alan C. Brown and Linda
France to join him in Tuebingen.
He has also won Northern Arts Awards to visit Berlin, Holland
and Prague (with poet Paul Summers). His travels to Denmark,
Germany, Holland and Sweden have also been supported by the
British Council.
By way of cultural exchange, he has arranged for
visits to North East England by poets from Ireland, Scotland,
Germany, The Netherlands, the Czech Republic, America
and Russia.
He often works and travels with folk-musicians from
North East England, including Marie Little,
Gary Miller and George Welch, and he has written the
lyrics for an album, 'Bleeding Sketches', by folk-rock
band ‘The Whisky Priests’, with whom he has toured
extensively in The Netherlands. He has also visited
the European Parliament in Strasbourg to perform his
poetry with musicians Pete Challoner and Ian Carr.
Posted by keith armstrong at 8:55 am

BACK IN THE BOULANGER - AGAIN!