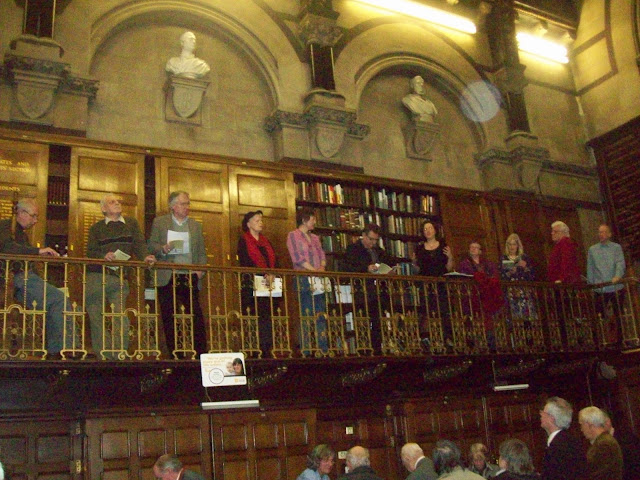 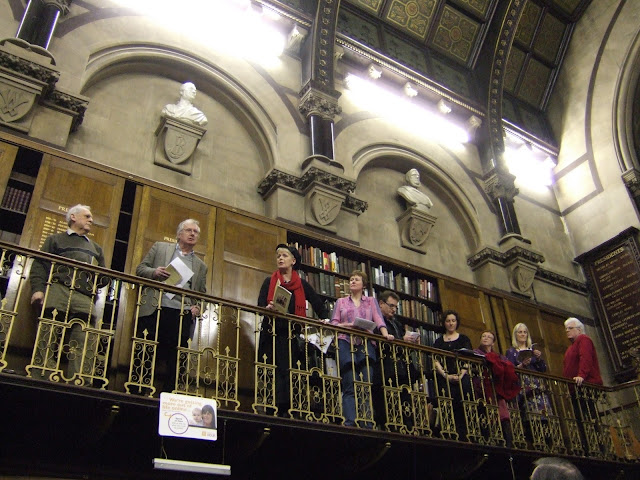 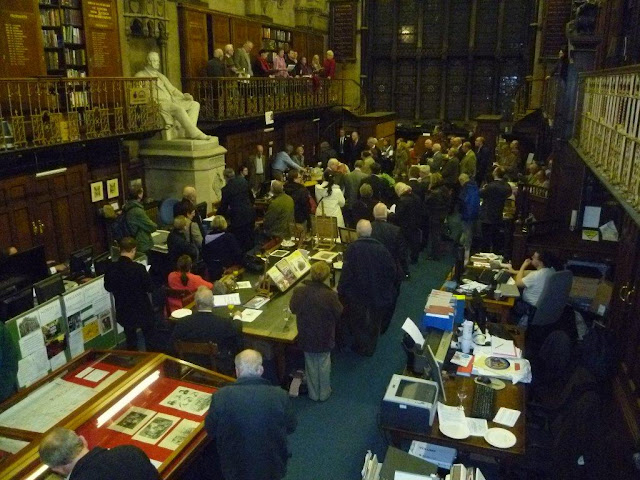 Thank you a million fold for last night. What a lovely event, and the book is great.

Thanks for organising last night.

Thanks for last night; also including my piece in the book, I feel very
honoured.

Thank you for a very enjoyable and moving launch last night. The setting was perfect, the lecture fascinating, and the readings and music rounded off the evening perfectly. I've been left with a burning desire to learn to play the Northumbrian pipes. That music was stunning, particularly the final piece the piper played.

I echo Cathy`s sentiments about the evening, which I throughly enjoyed & the venue certainly added to the gravitas of the event. Wow, what an interior; perhaps one of Newcastle`s hidden gems. I`ve now had a wee bit of time to look through the book; I have to congratulate you (& North Tyneside Council for the financial support) on a job exceedingly well done. I also congratulate my fellow contributors for their sensitive & thought-provoking work. Keep it up & in touch. Best wishes to all...........................Geoff Holland

I echo what Geoff Holland has said - oh, what a night!  I think the other readers and musicians agree with me on a well-organised event and the venue was an apt and well-chosen place to perform - balcony readings from the gods of artistry...

Thanks from me too! What an amazing venue!

Thanks again, plus I can tell you that Barbara Hadaway and John  and Maria loved the night.

I would like to add my own thanks - it really was a special evening.


The book itself is great and it was amazing to see inside the Mining Institute, hear Mr Jackson's lecture, and then enjoy the readings and music and the Institute's hospitality...the New Hartley Lament on the northumbrian pipes was something I'll never forget.


Thanks for all your hard work!

I must write to let you know how honoured I felt to be a part of last night's event at the Mining Institute.

The book is a beautiful and heartfelt tribute to all those men and boys who lost their lives in the New Hartley pit disaster, the evening was so moving - the poems and the music so touching.

Please do pass on my sincere thanks to everyone involved. A special thanks to the lovely people I met from the Mining Institute for their warm welcome and hospitality.

Finally, sincere thanks to you Keith for everything you do in support of poetry and community projects.

Just literally came in from work and want to say what a great night last night was!!! Cynth and me enjoyed it very much, there is just something about Newcastle. We both enjoy being there, the Institute is an amazing place, it knocked us both out!!! What an exquisite place to hold an event, we enjoyed the ride up, the talk by Norman Jackson, the readings the whole evening in fact, so well done!!! Nice one Keith and many thanks for including my poem in your great book I hope I didn't let you down with my reading).

I would just like to voice my thanks also for a very memorable evening. The venue was spectacular and very apt.  The whole evening was very well planned, including breaks for refreshments.  I was  gripped by Norman Jackson's presentation and the launch was a good mix of music, poetry and prose.

Thanks for the evening Keith and everyone who took part, also those who prepared beforehand and afterward.  And  thanks for including my piece in the book.

just read all the comments re thursday evening. john and i would echo everything that was said, we had a lovely evening, the lecture was really interesting and gave a good insight of what happened at hartley, it left us feeling we wanted to know more. the music and poetry were excellent and the pipes well they were something else, especially the tune written for the anniversary of the disaster.

Congratulations on organising such a wonderful event on Thursday and for putting together such a beautiful new book of superb poetry and prose - all the contributions are fantastic and it is a book to treasure, so my thanks and congratulations to all involved. Chris's specially composed new piece of music is also superb and apt.

A good evening and congratulations on the book - v. good to see the disaster marked so vividly. Crack on o bard!

Posted by keith armstrong at 9:02 am

2012 provides several anniversaries of mining disasters so, to re-balance this a little, we’ll be holding an event celebrating the 180th anniversary of the birth of Joseph Skipsey, the Tyneside Pitman Poet.
The event includes Keith Armstrong, Gary Miller(Whisky Priests), Chris Harrison with Skipsey songs, and pipe player Chris Ormston, with readings from Skipsey’s poetry and an account of his life.
During the evening, the annual Northern Voices Joseph Skipsey Award will be presented to a deserving local writer.
Posted by keith armstrong at 5:43 pm

Tim Lott: I'm proud of my country – the land of Blake, Dickens, Orwell, and Ian Dury

We all ache to fuse ourselves with something above and beyond us, in which we can take pride

You might be interested to know that Imagined Corners is 8 (out of 56) in the Smokestack’s best-selling charts: For over thirty years Keith Armstrong has been taking his poetry to what John Donne called 'the round earth's imagined corners' - giving poetry readings in the Soviet Union, Bulgaria, Poland, Iceland, Denmark, France, Germany, Hungary, Spain, Sweden, the Czech Republic, the Netherlands, the United States, Jamaica, Kenya and Cuba. At the same time he has been exploring some of the imagined corners of his native North East of England, its sometimes heroic past and its post-industrial discontents.
Imagined Corners brings together, for the first time, poems from all the corners of Keith Armstrong's imagination. It's a trumpet call to those who, in the words of John Donne, are the victims of:

It is a manifesto for the public ownership of poetry. It's a hymn to a broken internationalism. And it's a beery love-poem for the North East.

My Father Worked on Ships

'There are those who tell the terrible truth in all its loveliness. Keith Armstrong is one of them, a fine poet who refuses to turn his back on the wretched of the Earth. He is one of the best and I hope his voice will be heard more and more widely.'
Adrian Mitchell
'If you are old enough to remember Britain before it fell under the malicious spell of those who believe to catch a bus if you're over thirty is proof of failure, it will remind you of gentler, sweeter times... in place of the empty, near-manic, self-congratulatory but superficial and compensatory sensibility of modern culture, Armstrong gives us a sense of what we have lost, how we have gone wrong and reminds us of the dirt and darkness beneath the neon and glitz.'
Penniless Press
'rooted in the Tyneside music-hall tradition, closely behind which was the august balladry of the Borders... the authentic note of the Northern poet.'
Other Poetry
'postcards from an alternative grand tour, journal entries from another, more innocent time, when the world spun more slowly and we had time to befriend strangers and notice things... celebrating people and places, a world of anecdote and adventure, strong drink and life itself.'
Dreamcatcher