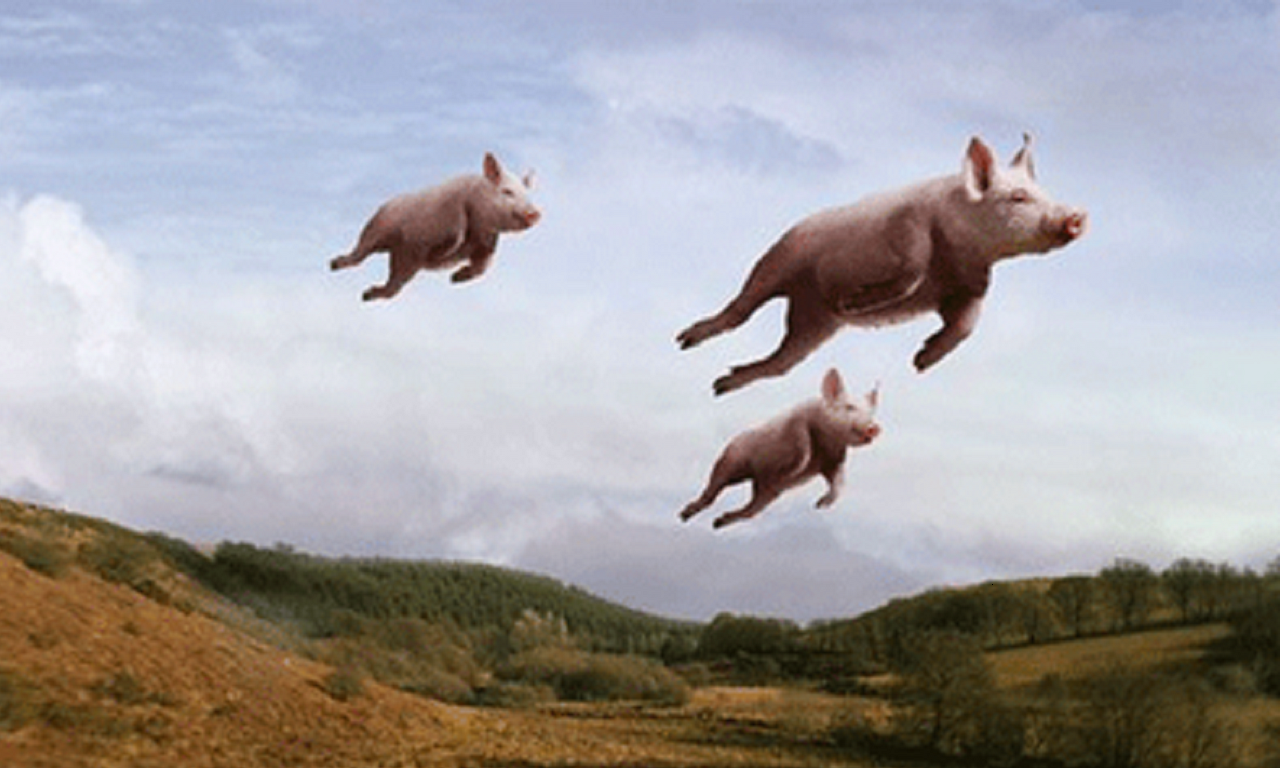 On this evening flight,
necks stuck out,
we dart in formation
to a Stuttgart dream.
Complete strangers,
we share a common French wine
to celebrate clouds.
With your rough words,
you ask me what I do.
“Write poetry”, I say,
and sign away a verse or two for you,
hovering in mid-air, between snow and sun.
“And you?” “I breed pigs I do”,
flying home from a swine seminar in Montreal.
To prove it, you sign me a photo of six of your litter,
the Swabian breed of Helmut Bugl.
It’s a flying cultural exchange,
a rhyme for a slice of time.
The stars are sizzling in the thrilling sky
and, tonight, pigs might fly.
Tonight, pigs might fly.