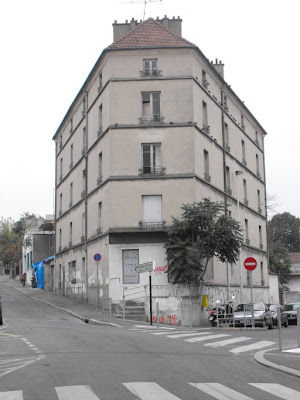 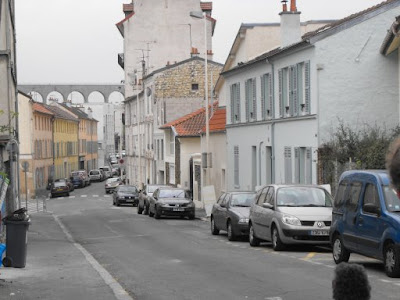 Arcueil, the'House with Four Chimneys'. Now no. 34 on rue Cauchy, in Erik Satie's day it was no. 22. From 1898 until his death in 1925 he lived in a single room here – his window is third from the left on the second floor (next to the drainpipe). He ate and drank in nearby cafés, especially one (now demolished) that was just around the corner, opposite the church. His room had no running water, so he had to carry water a few hundred metres from a well in the 'Place des Écoles' (School Square – the name no longer exists). 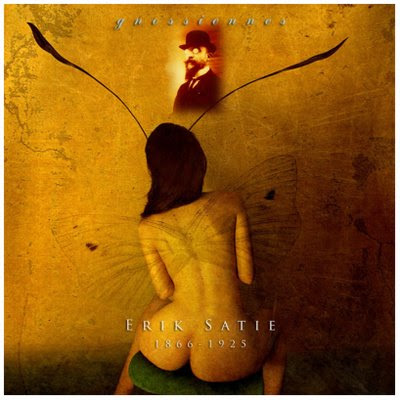 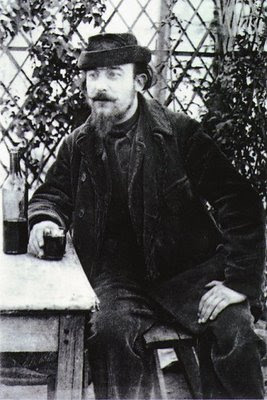 
At the Black Cat Cabaret,
you raved the night away:
Eric Alfred Leslie Satie,
Pride of Honfleur,
Rider of Montmartre.

And Suzanne Valadon was your one real flame
burning under your seven velvet corduroy suits.
In Arcueil, at 22 Rue Cauchy,
you had them stashed away;
parading twenty kilometres each day
to and from the bars of Paris.