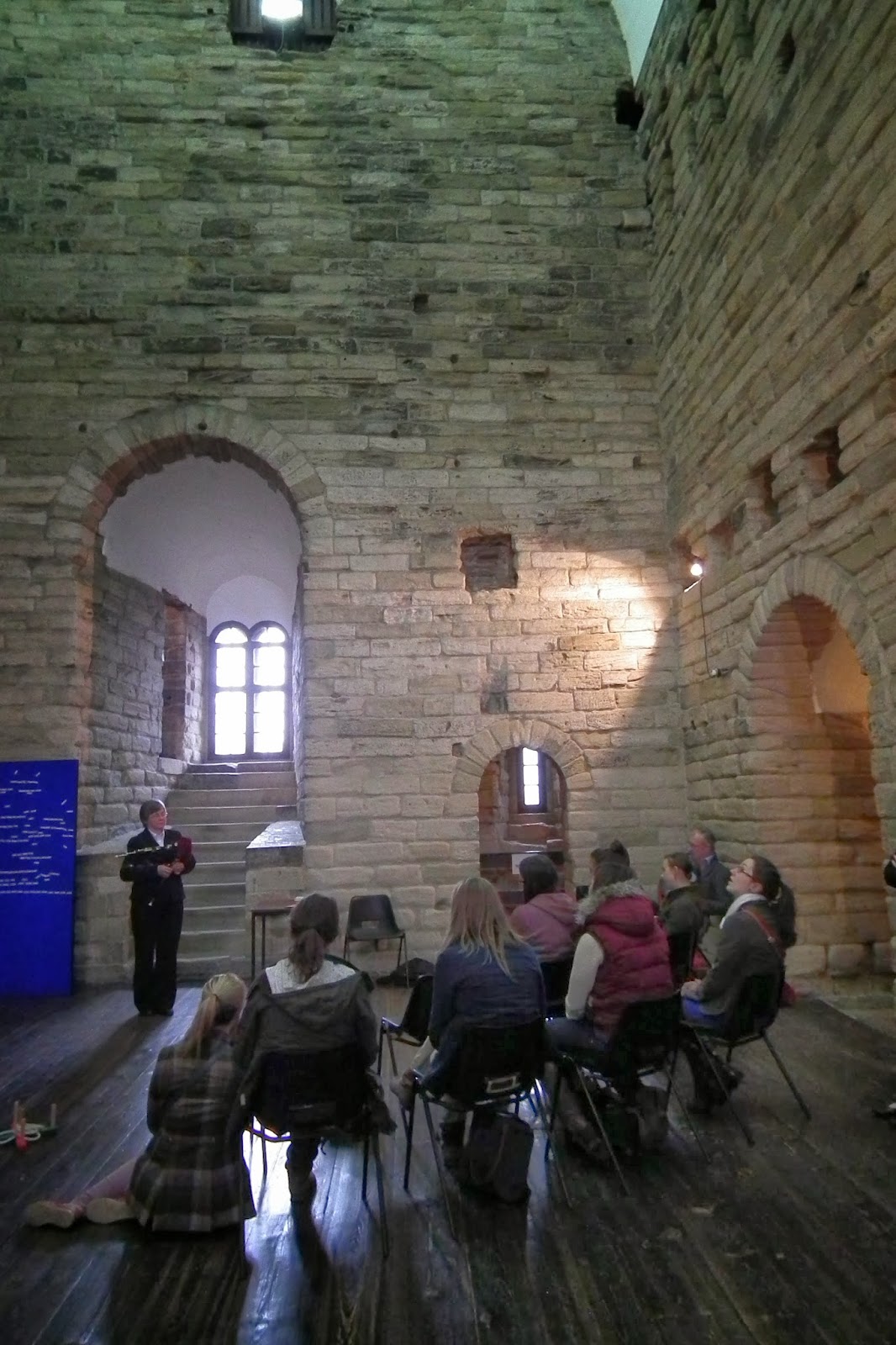 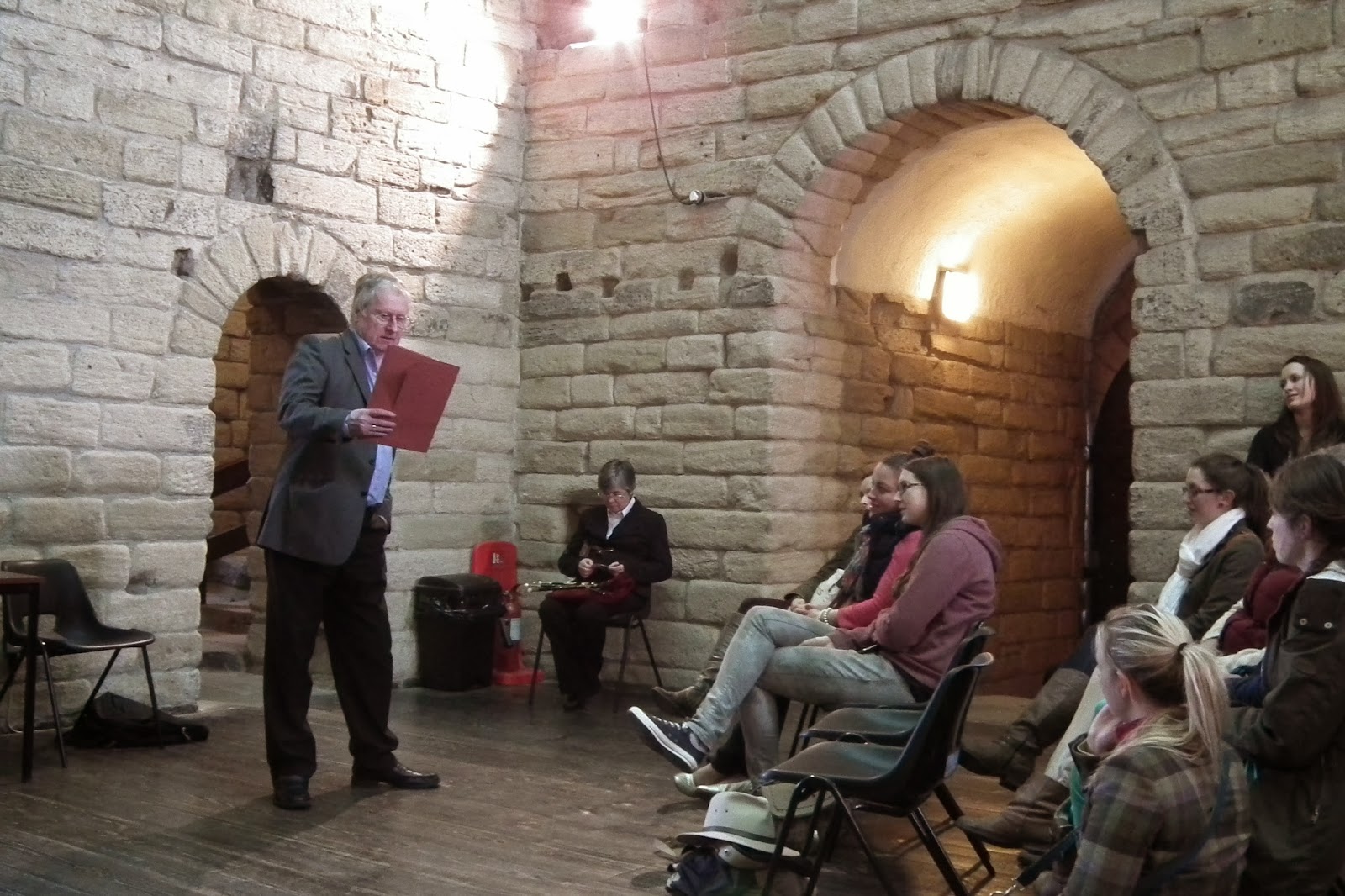 I have worked with local poet, Keith Armstrong, off-and-on for a number of years, playing at poetry festivals, for visitors from foreign parts, at launches of Keith’s publications, and on occasions where he had been asked to read his poetry. Early on we experimented with combining pipes with Keith’s poetry; one project was to find tunes for Keith’s poems about Jamie Allan. I also realised that Keith’s “Song for Northumberland” could be sung to the official Northumberland County tune, “Northumberland Air”. The Jamie Allan poems were originally written for a touring show, O’er the Hills, by Northumberland Touring Company. Original music was written by Rick Taylor and played by Kathryn Tickell. Keith and I performed the poems at The Maltings in Berwick and recorded them for his CD, Out to Sea. Poetry and Music from Northumbria, produced by Northern Voices Community Projects. More recently I have provided musical interludes during poetry events rather than play along with the poems.
These events have mostly taken place in and around Newcastle – The Red House on Newcastle Quayside, St James’ Park, The Lit and Phil, The Centurion Bar at Central Station, St Mary’s Lighthouse in Whitley Bay, The Grand Hotel in Tynemouth, The Oak in Edinburgh, and the University of Durham, among others. Twice I have been abroad with Keith. At the end of April 2012 Keith and I travelled to Ireland to help launch the Fermoy International Poetry Competition. We were made very welcome in Fermoy at Murphy’s, otherwise known as the Elbow Lane Inn, and Keith made the short list. I was unable to accept an invitation to return for the finals of the competition at the beginning of August. I have also not been in a position to accept invitations to Prague.
An invitation that I did accept was to the Netherlands in December 1998. We flew from Newcastle to Amsterdam and then caught a train to Groningen, which is twinned with Newcastle upon Tyne. There we took part in Nachtspraak at Muziekcafé Koekkoek. The following day we visited two schools and then headed for Den Helder and De Blicksem pub. The other performances were at Studentencafé Nobel in Delft and de Koos in The Hague, in which the décor included stuffed swans. Accommodation was in homes of the organisers and of a fellow poet, who had the most interesting home. He lived in an official squat in a former government building in The Hague. He was in Newcastle reading his poems, and I was provided with a mattress in his office – Keith stayed on a houseboat in Amsterdam and travelled down for the gig. It was a very interesting experience, and I certainly saw places that I wouldn’t have visited as a tourist.
I like to play my pipes for different audiences and also enjoy listening to poetry, so I hope to continue participating in Keith’s events and taking Northumbrian small pipes to new audiences. 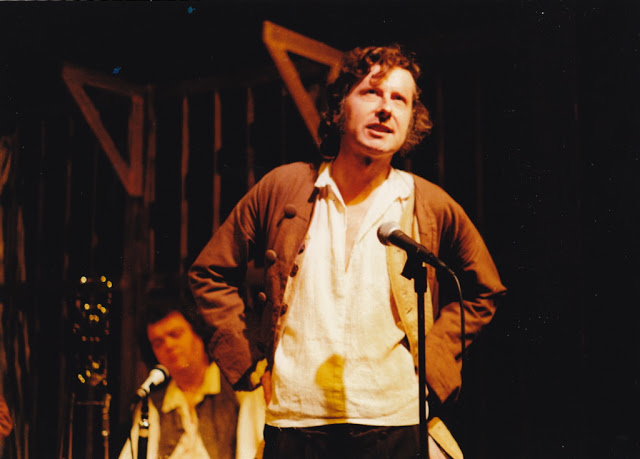