'When I seek another word for mystery, the only word I can find is Prague.' (Angelo Maria Ripellino) 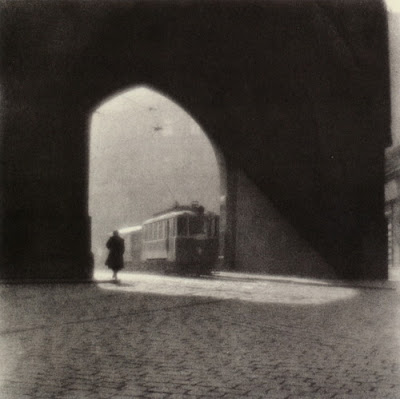 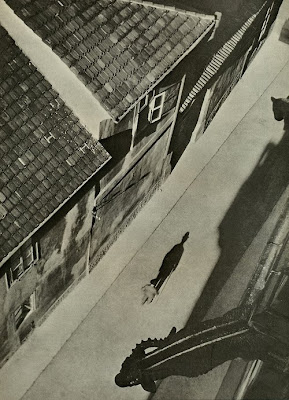 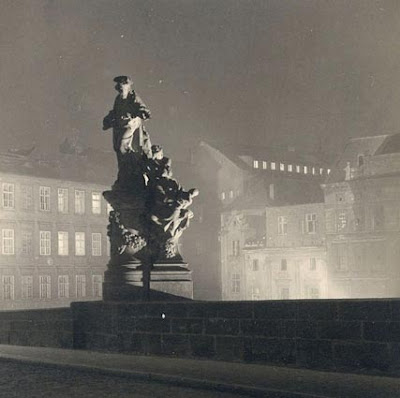 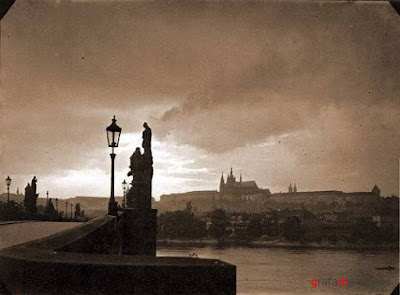 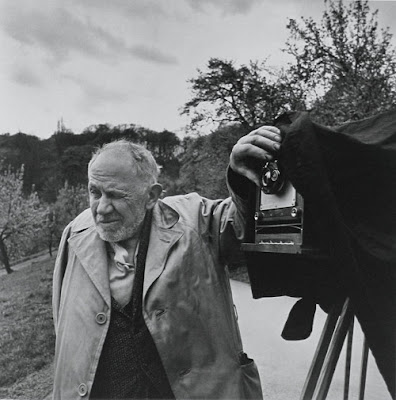 Originally a bookbinder. During The First World War he was drafted into the Austro-Hungarian Army and served on the Italian Front until he was wounded in the right arm in 1916. Although he had no experience with photography and was one-handed due to his amputation, he was given a camera. After the war, he studied photography for two years in Prague under Jaromir Funke. His Army disability pension gave him leeway to make art, and he worked during the 1920s in the romantic Pictorialist style. Always pushing at the boundaries, a local camera club expelled him for arguing about the need to move forwards from 'painterly' photography. Sudek then founded the progressive Czech Photographic Society in 1924. Despite only having one arm, he used large, bulky cameras with the aid of assistants.
Posted by keith armstrong at 4:31 pm
Newer Post Older Post Home