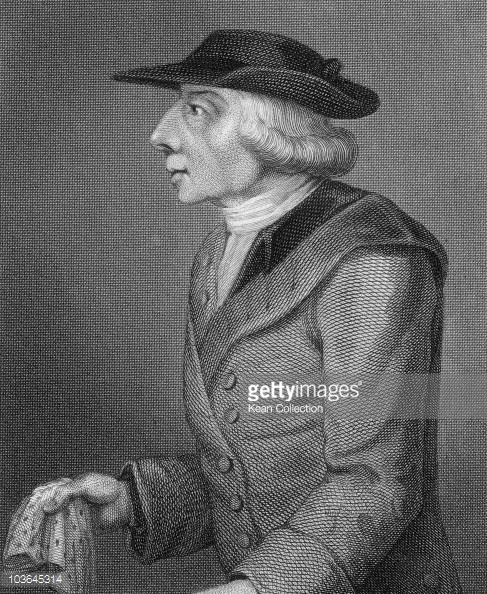 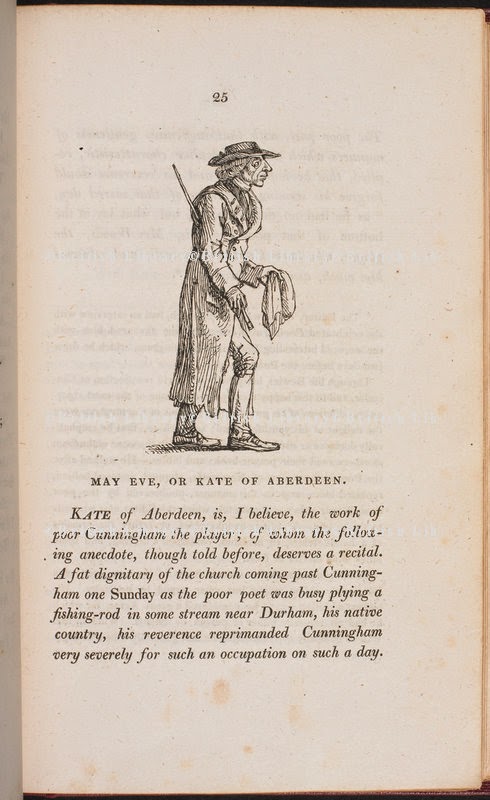 
‘Search where Ambition rag'd, with rigour steel'd;
Where Slaughter, like the rapid lightning, ran;
And say, while mem'ry weeps the blood-stain'd field,
Where lies the chief, and where the common man?’

‘Unto thy dust, sweet Bard! adieu!
Thy hallow'd shrine I slowly leave;
Yet oft, at eve, shall Mem'ry view
The sun-beam ling'ring on thy grave.’

This week an elegant tombstone, executed by Mr. Drummond of this town, was set up in St. John's church-yard to the memory of the late ingenious Mr. John Cunningham. The following is the inscription thereon:

‘Here lie the Remains of JOHN CUNNINGHAM.
Of his Excellence as a Pastoral Poet,
His Works will remain a Monument
For Ages
After this temporary Tribute of Esteem
Is in Dust forgotten.
He died in Newcastle, Sept 18, 1773,
Aged 44.’

The ritual slaughter
of traffic,
hurling itself
against the furious economy,
the commerce of suffering,
the pain of money,
nudges your bones
in this graveyard of hollow words.
I hear you liked a jar
well, here’s me
sprinkling
your precious monument
with a little local wine,
lubricating the flowers
that burst from your pastoral verses.


torn like me,
with your heart,
terrific heart,
pouring real blood on your travelling sleeve.
Oh, my God!
your lips trembled
with a delicate love
for the fleeting joy,
the melancholic haze,
the love in a mist,
that Tom Bewick sketched in you
amd Mrs Slack fed
as you passed along
this way and that
despair in your eyes.
The fact was
you were not born
for the rat race
of letters,
the ducking and fawning
for tasteless prizes,
the empty bloated rivalry,
the thrust of their bearded egos.
You wanted wonder,
the precise touch
of the sun on your grave,
the delicious kiss
that never comes back.
I’m with you, ‘Cuny’
in this Newcastle Company of Comedians;
I’m in your clouds of drunken ways;
I twitch with you
in my poetic nervousness
along Westgate Road.
And the girls left their petals for you
like I hope they do for me
in the light of the silver moon,
thinking of your pen
scratching stars into the dark sky.

Born in Newcastle upon Tyne, where he has worked as a community development worker, poet, librarian and publisher, Doctor Keith Armstrong now resides in the seaside town of Whitley Bay. He has organised several community arts festivals in the region and many literary events. He is coordinator of the Northern Voices Community Projects creative writing and community publishing enterprise and was founder of Ostrich poetry magazine, Poetry North East, Tyneside Poets  and the Strong Words and Durham Voices community publishing series.
He recently compiled and edited books on the Durham Miners’ Gala and on the former mining communities of County Durham, the market town of Hexham and the heritage of North Tyneside. He has been a self employed writer since 1986 and he was awarded a doctorate in 2007 for his work on Newcastle writer Jack Common at the University of Durham where he received a BA Honours Degree in Sociology in 1995 and Masters Degree in 1998 for his studies on regional culture in the North East of England. His biography of Jack Common was published by the University of Sunderland Press in 2009.
He was Year of the Artist 2000 poet-in-residence at Hexham Races, working with artist Kathleen Sisterson. He has also written for music-theatre productions, including ‘Fire & Brimstone’ (on painter John Martin), 1989, and ‘The Hexham Celebration’, 1992, both for the Hexham Abbey Festival. He appeared again at the Hexham Abbey Festival in 2008 reciting the poetry of Hexham poet Wilfrid Gibson.
His poetry has been extensively published in magazines such as New Statesman, Poetry Review, Dream Catcher, and Other Poetry,  as well as in the collections The Jingling Geordie, Dreaming North, Pains of Class, Imagined Corners, Splinters (2011) and The Month of the Asparagus (2011), on cassette, LP & CD, and on radio & TV.  He has performed his poetry on several occasions at the Edinburgh Fringe Festival and at Festivals in Aberdeen, Bradford, Cardiff, Cheltenham (twice at the Festival of Literature - with Liz Lochhead and with 'Sounds North'), Durham, Newcastle upon Tyne, Greenwich, Lancaster, and throughout Britain.
In his youth, he travelled to Paris to seek out the grave of poet Charles Baudelaire and he has been making cultural pilgrimages abroad ever since. He has toured to Russia, Georgia, Bulgaria, Poland, Iceland (including readings during the Cod War), Denmark, France, Germany (including readings at the Universities of Hamburg, Kiel, Oldenburg, Trier and Tuebingen), Hungary, Italy, Ireland, Spain, Sweden, Czech Republic, The Netherlands, Cuba, Jamaica and Kenya.
He has read several times in Limerick and in Cork, Dublin, Kinvara, Fermoy and Galway. His irish adventures have inspired him to write a sequence of poems based on the places he has visited and the people he has met. With Dominic Taylor, he co-edited the anthology ‘Two Rivers Meet, poetry from the Shannon and the Tyne’ which was published by Revival Press as part of the exchange between Limerick and Keith’s home city.

'In another part of the field, another field, let's
face it, sits Keith Armstrong's rakish gaff. (His)
poems are rooted in the Tyneside music hall tradition,
closely behind which was the august balladry of the
Borders. His is an unashamed bardic stance, actor
rather than commentator. His politics are personal.
Throughout the collection the authentic lyrical note
of this northern poet is struck.'  (Michael Standen,
Other Poetry).
Posted by keith armstrong at 12:52 pm
Newer Post Older Post Home