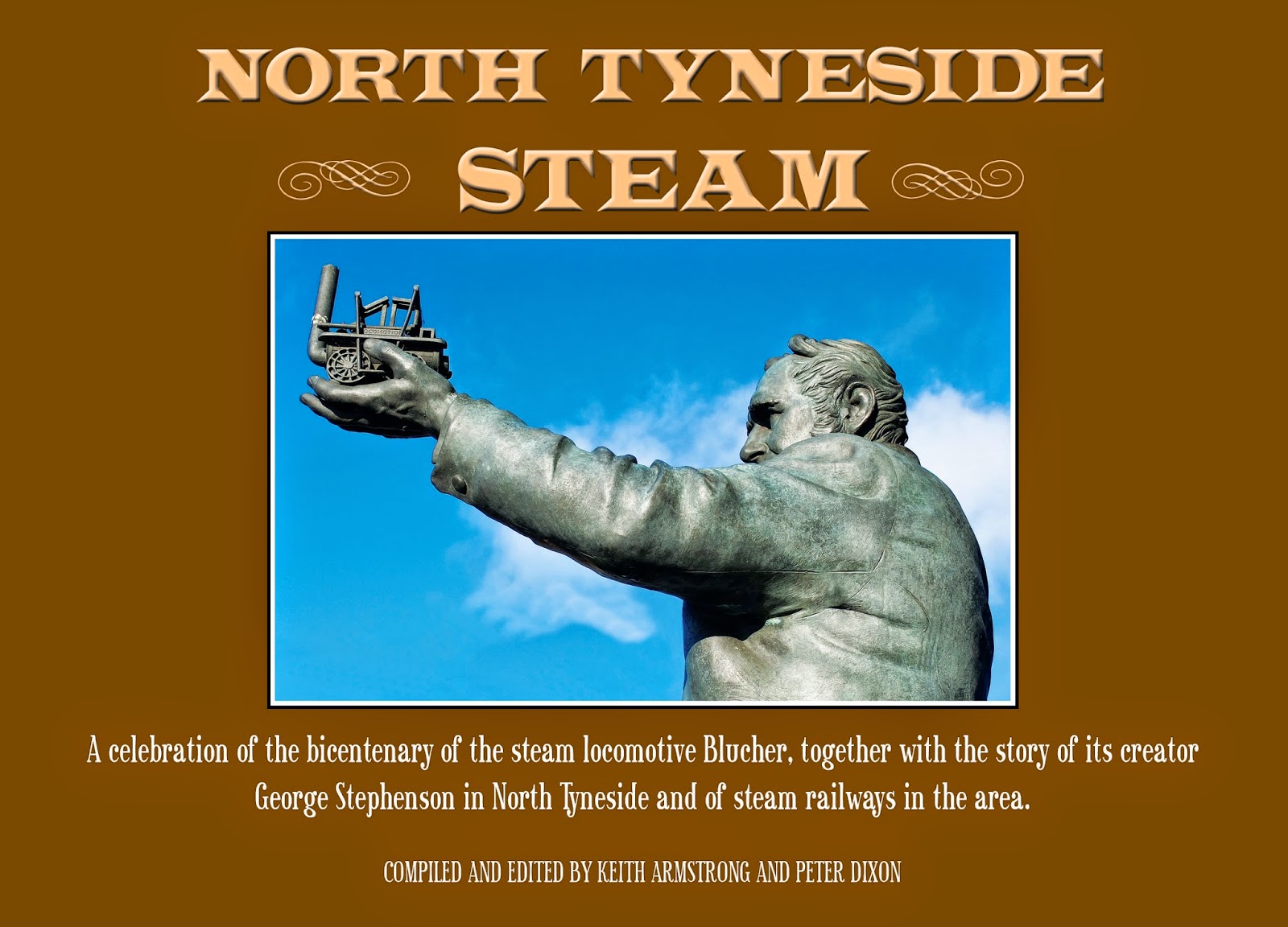 A celebration of the bicentenary of the steam locomotive Blucher, together with the story of its creator George Stephenson in North Tyneside and of steam railways in the area.

This new book from Northern Voices Community Projects, commissioned by North Tyneside Council, with the support of the Heritage Lottery Fund, has been published to mark the bicentenary of George Stephenson's steam locomotive Blucher.

Blucher was built by George Stephenson in Killingworth, North Tyneside in 1814 in the Colliery workshop behind Stephenson’s house, Dial Cottage. The engine was named after the Prussian general Gebhard Leberecht von Blucher who fought in the battle of Waterloo, helping to defeat Napoleon. It pulled coal trucks along the wagonway from Killingworth to the coal staithes at Wallsend. Blucher made Stephenson’s reputation and over the next five years he built 16 more locomotives (many of which were built by recycling Blucher’s parts) at Killingworth, some for the Colliery and some for the Duke of Portland’s wagonway between Kilmarnock and Troon, which improved on the earlier engine, and this led to him being commissioned to build the Liverpool and Manchester Railway, establishing him as an engine designer and laying the foundations for his major role in the development of railways.

With historical documents and images, alongside poems, songs, stories, photographs and drawings by local people, the book is intended to ensure that the story of steam in North Tyneside is not forgotten.

Celebrate the 200th Anniversary of the
invention of the Blucher Steam Locomotive.

Includes readings of poems and short stories from
the book and music from The Sawdust Jacks, Tony Morris and Gary Miller. Also featuring Ann Sessoms on Northumbrian Pipes.

This new book from Northern Voices Community Projects, commissioned by North Tyneside Council, with the support of the Heritage Lottery Fund, has been published to mark the bicentenary of George Stephenson's steam locomotive Blucher and tells the story of its creator in Killingworth and North Tyneside and of steam railways in the area.
Contributors to the book will perform their poems, stories and songs introduced by the editor local poet Keith Armstrong with Ann Sessoms on Northumbrian Pipes.