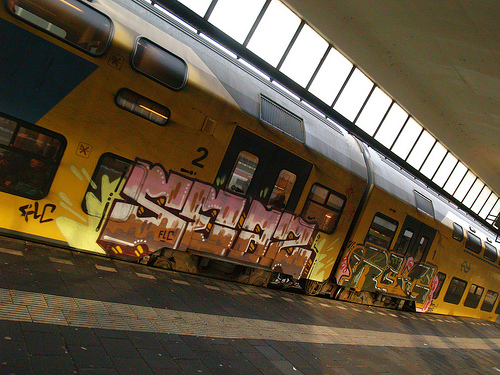 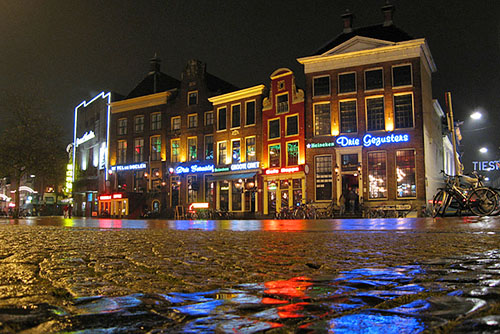 The literary/arts twinning continues to progress with Groningen's new official City Poet Stefan Nieuwenhuis jetting in on September 6th 2011 to join Newcastle poet Keith Armstrong at a launch of Keith's new books in the presence of the Sheriff of Newcastle.
After which, Armstrong and folk musician Gary Miller appeared again in schools and cafes in Newcastle's twin city of Groningen at the end of September following on from successful appearances in 2010 where they presented their unique poems and songs in the International School, Haren Library (with a specially commissioned performance for Haren's 850th anniversary and a recital of the poems of Charles Dickens) and O'Ceallaigh's Irish Bar. During the September stay, Armstrong performed his sequence of Groningen poems, written after many visits to the city, with some settings by Miller.

A Groningen delegation made up of poets, publishers, journalists and cultural officers and headed by Councillor for Culture Jaap Dijkstra visited Newcastle in September 2008 and a special performance evening was held at the Ouseburn Boathouse with readings by the Groningen poets and their Newcastle counterparts incuding Keith Armstrong, Paul Summers and Ellen Phethean.

Successful events were also held in Newcastle in October 2007 to celebrate the 15th anniversary of the literary twinning between the respective cities, including a poetry and music evening at the Bridge Hotel and a reception with the City's Lord Mayor.
The new Groningen City Poet Rense Sinkgraven took part, along with fellow Groningen poet Willem Groenewegen, and Nick J. Swarth (City Poet of Tilburg) added colour to the celebrations.
The poets were joined by twinning pioneers Professor Helen Wilcox and jazz performer Allan Wilcox (on double bass and piano) and Groningen Cultural Officer Marieke Zwaving.
Keith Armstrong led the team of Newcastle performers with fellow poets Paul Summers, Poetry Jack, Catherine Graham, Ian Horn and Mick Standen.

Armstrong first visited Groningen in 1992 with poet Julia Darling to set the ball rolling. Since then there have been readings in pubs, universities, libraries, and schools and at breakfast parties, festivals, cabaret clubs and civic centres in both cities.

For the record, here's a list of those artists who have made it happen so far:

Groningen literary/cultural visitors to Newcastle since 1992:

Newcastle visitors to Groningen since 1992: