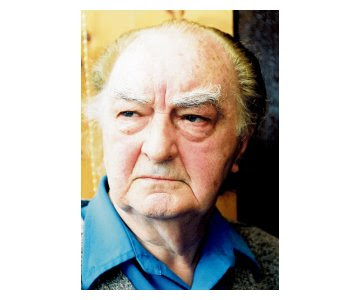 WEDNESDAY, 11 MAY 2011 08:17
The playwright, poet and former RAF member was best known for the 2003 film, Song For A Raggy Boy, an autobiographical tale of a violent childhood in a Catholic school in Ireland.

Starring Aidan Quinn, it told of a solitary teacher's struggle to protect boys in a brutal Christian Brothers reform school in 1939.

The writer died just after midnight on Monday at his home in Cork with his fourth wife and agent, Mary Johnson, at his bedside.

Galvin's health had been in decline since he had a stroke in 2003, the year his best known work hit screens.

His third wife Diana, aged 84, who was cut out of the family inheritance after the pair eloped, paid tribute to him from her London home.

She said: "I am deeply sad that Paddy has died, although the last eight years were more than difficult for him because he could no longer write.

"We were together for 27 years: strange, volatile, entertaining and often profoundly happy years. He was marked by genius, and no genius is ever predictable.

"Our parting and divorce in 1978 was fairly traumatic but thank God we were both able to rise above that and become friends again, which we remained until the end of his life."

Born into extreme poverty in 1927 in Margaret Street, a deprived area in the south side of Cork, he was educated at St Conleth's Industrial School, Daingean, Co Offaly.

The school was examined in the Ryan inquiry which, in 2009, exposed the decades-long physical, psychological and sexual abuse of children in state and church-run institutions. The violent and sadistic priests featured in the reformatory-inspired Galvin`s acclaimed memoir, The Raggy Boy Trilogy.

Other works include the poem The Mad Woman Of Cork which was recorded as a hit song, and stage plays such as The Last Burning in 1974, which explored the themes of witchcraft and ostracism, and Boy In The Smoke, screened by BBC Television in 1965.

Galvin spent many years living in England and joined the RAF in 1943, returning to Ireland in 1974 when he became Playwright in Residence at the Lyric Theatre, Belfast.

He will be cremated on Thursday in his native Cork.